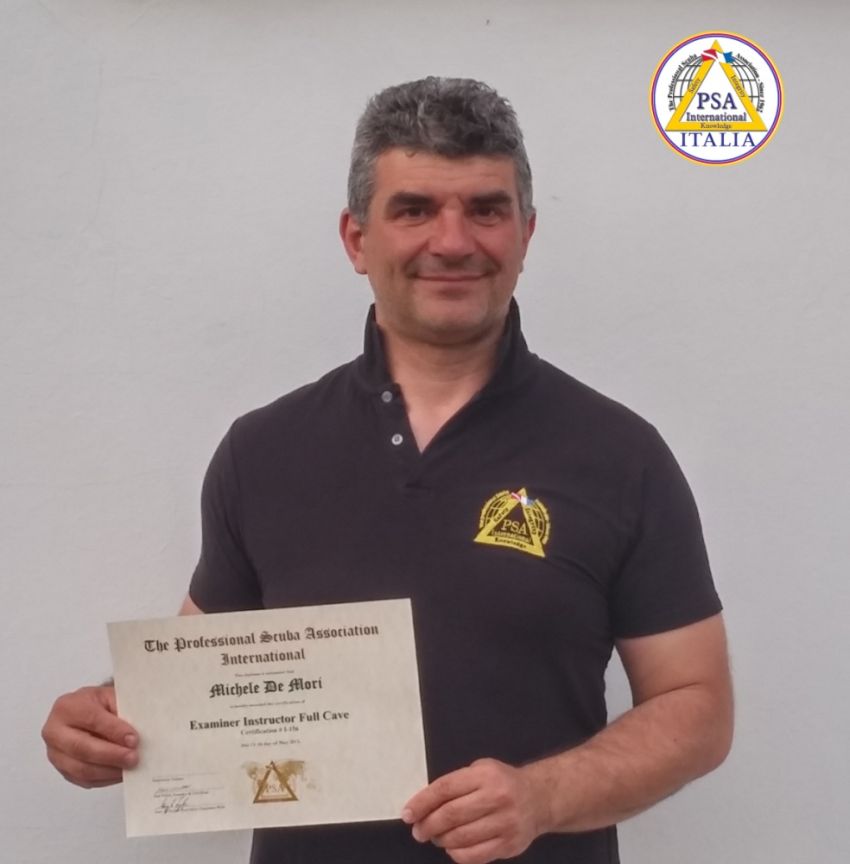 We are honored to announce that Michele De Mori was promoted to Full Cave Instructor Trainer Examiner. Michael has worked in Psai seriously and professionally, showing a wide range of knowledge in the field of underwater training, in fact already Trainer at other levels; from Open Water to Trimix Explorer, also passing by the levels of closed circuit. He is interested in spelunking since 1988 and began his career as a cave diver. He co-operated with Carlo Marchegiani on the course in PSAI of cave diving. In 2011 he took part in the international shipping Nam Grow in Namibia and he dove in the underground lake of Dragon Breath. He expanded his knowledge by increasing his exploration activities in northern Italy and Switzerland. In 2013 he participated in the exploration of flooded mines in Italy and Hungary. PSAI HQ and in particular PSAI ITALY is enhanced even more, bringing his vast knowledge and experience in the field CAVE Italian and world.

Congratulations then again Michele DE Mori for his role that will play in the future for Psai wishes of a successful career, satisfaction and gratification in Psai leader underwater.