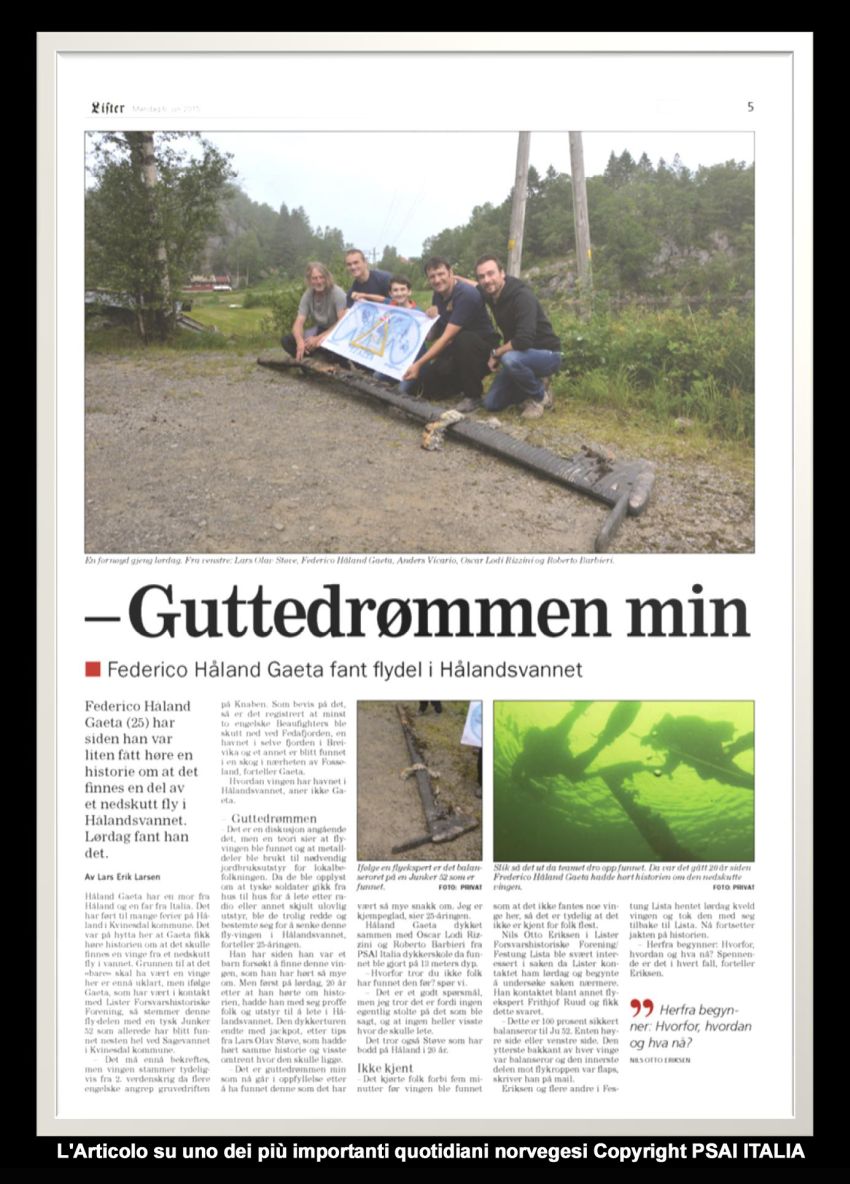 Some war memories of a witness:
I remember when I served in the ” Royal Air Force – RAF ” as a communications officer at the airport Dallachy Strike Wing . I remember with particular emotion the many missions of the North Sea ; kids and pilots that flew up in , with the exploits of reckless youth and the ardor of their deeds , aware that every time could be their last mission . These were the heroes who served in this airport. 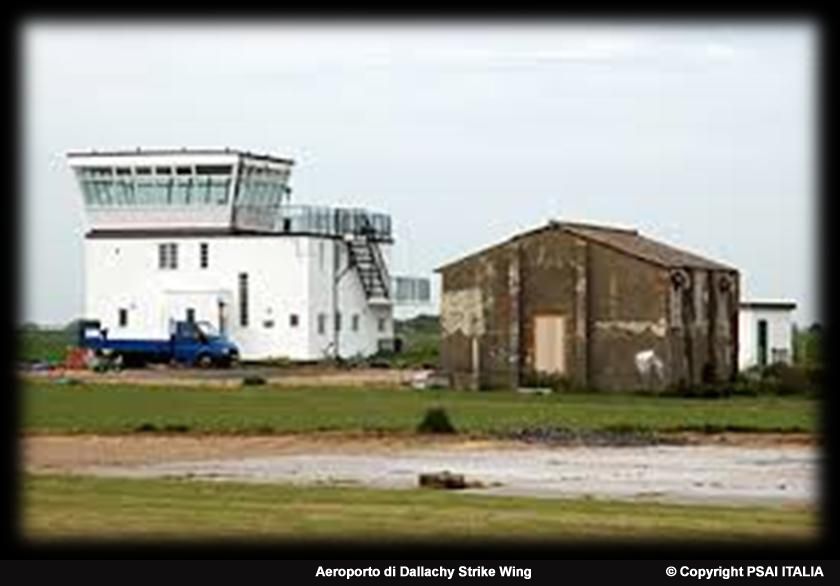 I remember a unique mission of the whole war . It was April 26 , 1945 , I had just left the service at the Control Tower , when I was called up . A communication of our scout of  the area Fedafjord, where they were reported movements of some units ‘ of the Kriegsmarine , the German navy , at a factory of mining and processing of mineral molybdenum, had arrived. The factory was already known   at our department ” Intelligence ”   for the production of weapons and they had already tried several times to destroy it through aerial bombardment.

Summoned the usual briefing between Men and commanders , it was decided to groped to stop the three units ‘ German naval transport that had been identified . The information suggested that the ships were loaded with weapons to supply the troops of the ” Third Reich ” stationed in Norway . The attack was planned and then decided . Those of 144 Squadron of the ” Royal Air Force RAF PL – 182 and NV were conducting the mission . Bristol Beaufighter fighter-bombers took off four , six fighter P51 Mustang   Americans   of   the   19th   Squadron USAF , two outsiders allies of 289 Squadron and a reconnaissance plane Vickers Warwick of the Royal Air Force ‘s 279 Squadron. 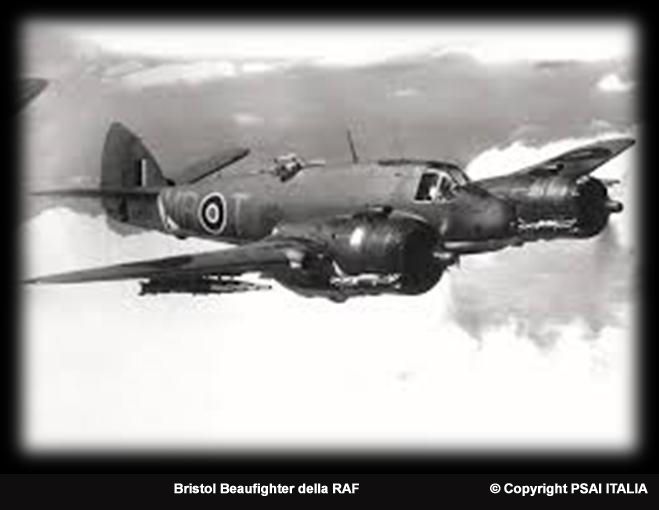 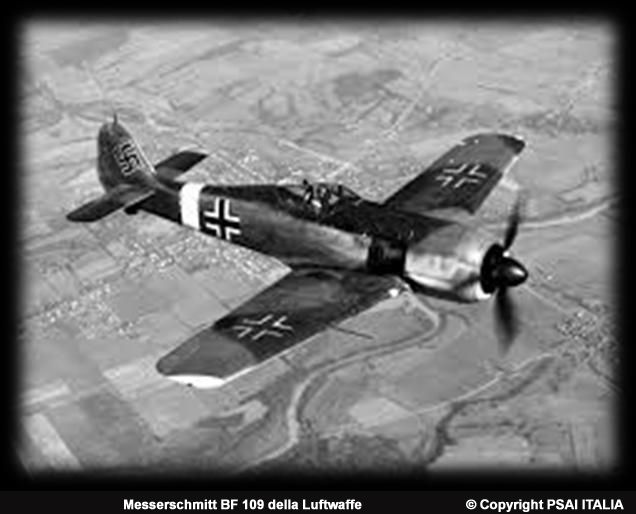 About half of the way from the Channel to the North Sea , one of the Bristol Beaufighter signaled damage to the engines and had to return to base . We were in the Control Tower and we were always in radio contact with the aircraft involved in the mission , that after two hours of flight , at 16:11 on 26 April 1945 , they saw approaching the coasts of Norway . Near Fedafjord they were intercepted and attacked by fighter Messerschmitt BF 109 Luftwaffe , and arrived in the area bombing were attacked by German anti-aircraft batteries placed to defend the strategic Norwegian factory occupied by the Germans. 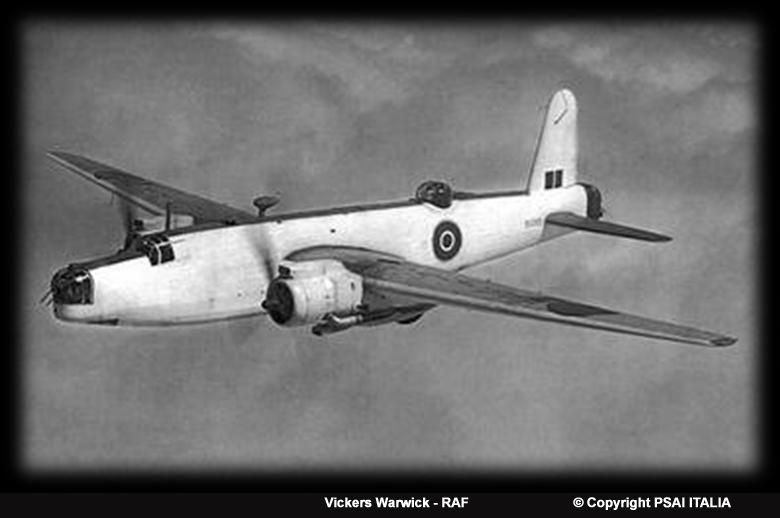 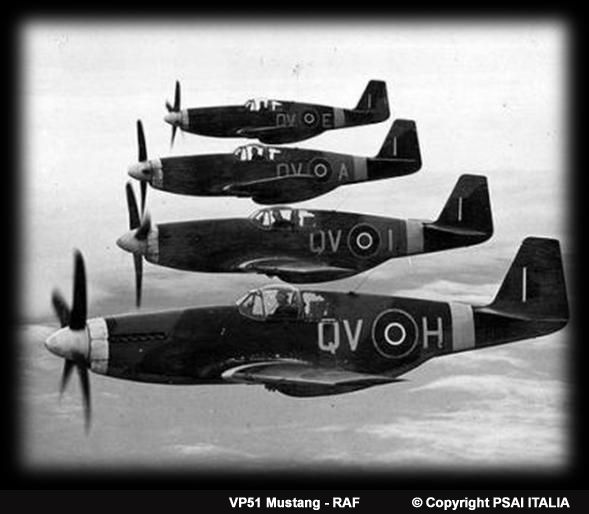 By radio communications there signaled that a Bristol Beaufighter was shot down by flak and crashed at sea , as we realized later also by the photographs of our scouts . The other British fighter bombers inflicted heavy damage to the German ship ” Palmyra ” , one of the three with the precious cargo of weapons , but failed to sink it . A second Bristol Beaufighter was hit and badly damaged crashed into a lake in the area . After a further exchange of fire between the German flak third British fighter was struck and knocked down ending his run with an impact against the power lines and the subsequent crash in the woods west of Hydra, near Lake of Sage .

The bodies of the two crew members were found German troops and buried in the cemetery of Feda Today you can recognize their grave through a propeller blade of their airplane stuck in the ground bearing the engraved names : Eyton – Morgan ( Pilot ) and F / Sgt . J.T. Knox . 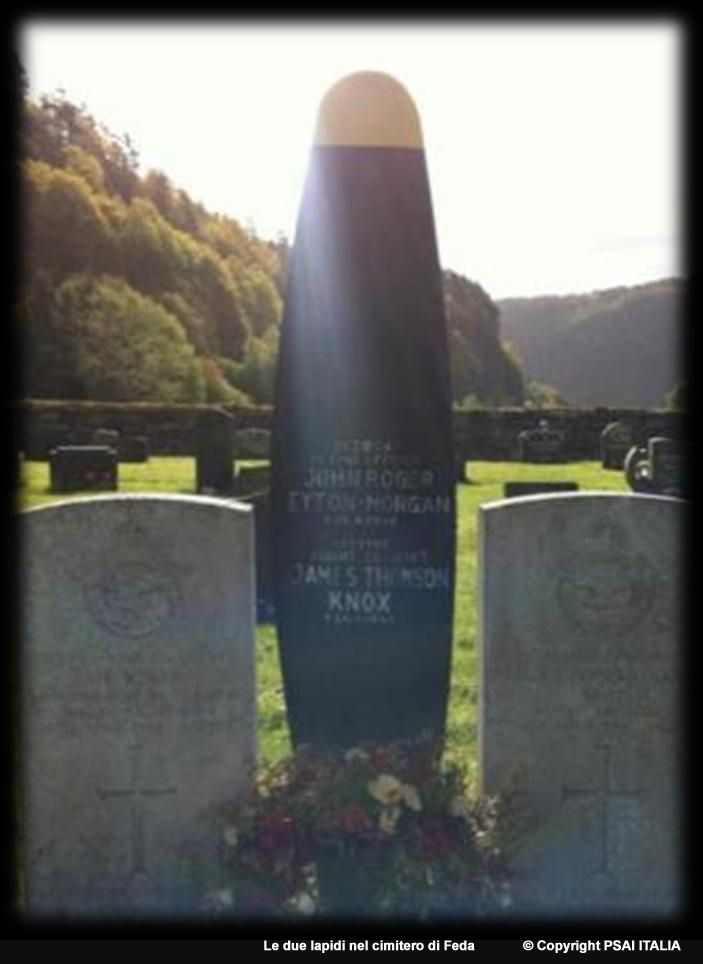 Two tombstones in the cemetery of Feda

We return to the present day:

One day Frederick told me a story that his uncle Kjell Glendrange , Norwegian Marines on leave told him often about three British aircraft dropped during the war near where he lives . Intrigued by this story and legend that has been passed down in the family Glendrange , in collaboration with Leonardo Channel and Maurizio Bertini dealers PSAI Italy as well as our expert divers and lovers of historical research concerning the Second World War , we begin to inform and gather information to transform this legend in history as it really happened in the skies over southern Norway . From our research , thanks to the contribution of the Central Command of the Royal Air Force , it was found that the fallen planes were three . Starting with the original photos of the attack taken by British scouts we were able to identify three likely points of impact. 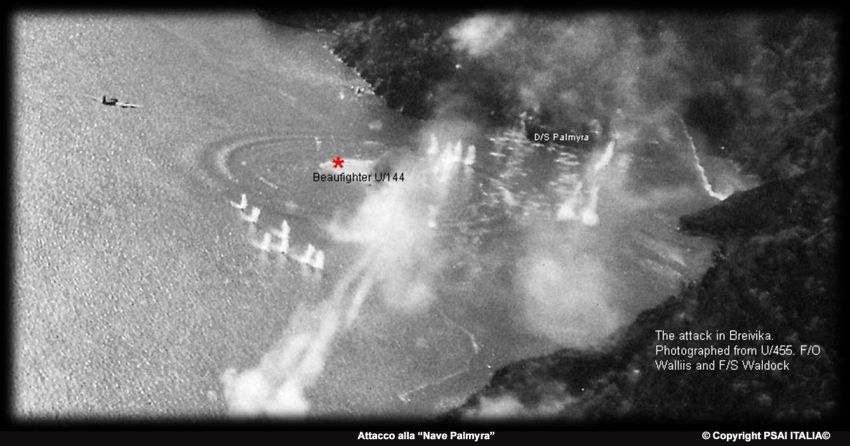 Attack on the “Palmyra”

Once retrieved more photos as we could and newspaper articles of the time, we called Uncle Frederick , Kjell , informing it of what we found . Keen on the idea of a research expedition begins to prepare everything we could possibly need, and also get the valuable support of the Fire Department of Flekkefjord that provide the necessary equipment . The day of departure arrives , destination Fedafjord , Norway. It ‘ s time to crown months of research done by Leonardo , Mauritius , Federico , Roberto and Oscar . Begins the great adventure . Arriving at the airport of Kristiansand welcomes us the mother of Frederick , who in the meantime has collected information from elders and historians alike.

Among other things he said that the many lakes in the area are famous for whale mythological figures called NOKKEN . Crossing the high bridge Fedafjord Bru , it opens before us a splendid view of the fjord. It seems to be one of the scouts who took the photos of that time. This fantastic view allows us to begin to focus on the information gathered by imagining events of the time. Our imagination takes us back to that fateful April 26 , 1945 , and try to imagine what happened at that time. 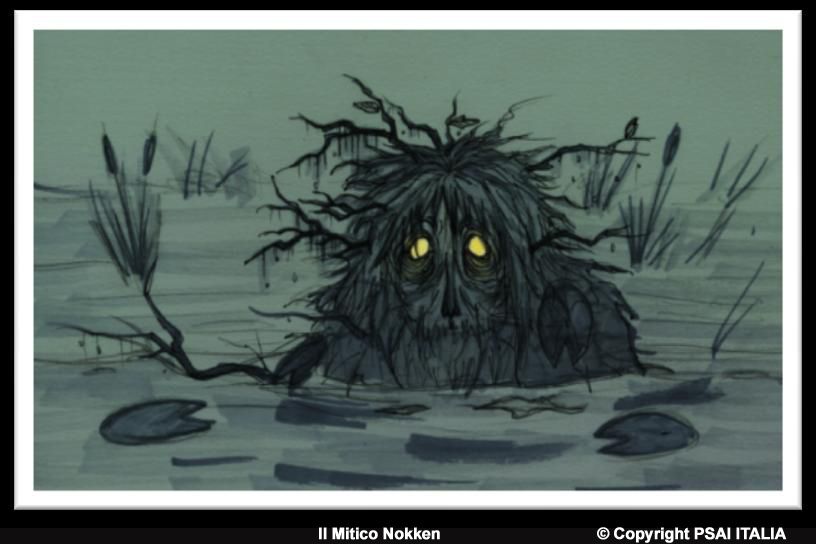 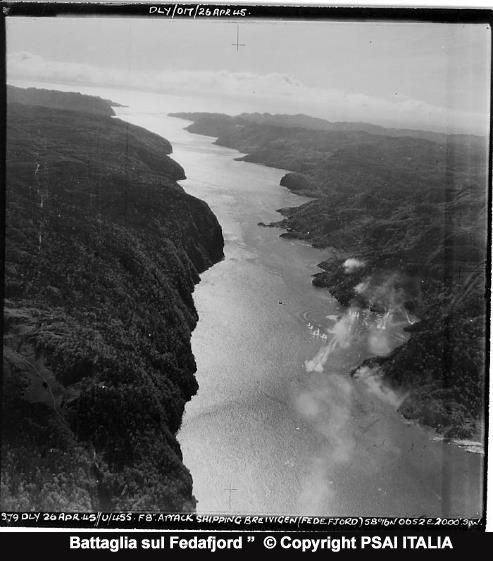 Just deposited your luggage we move to a first inspection , direct where at that time the German freighter ” Palmyra ” was attacked by the English. We know that the ship was badly damaged , but still managed to reach a construction site in Germany for repairs . The ship ” Palmyra ” lunge ‘ 70s because of a collision with a tanker English in the Baltic Sea. 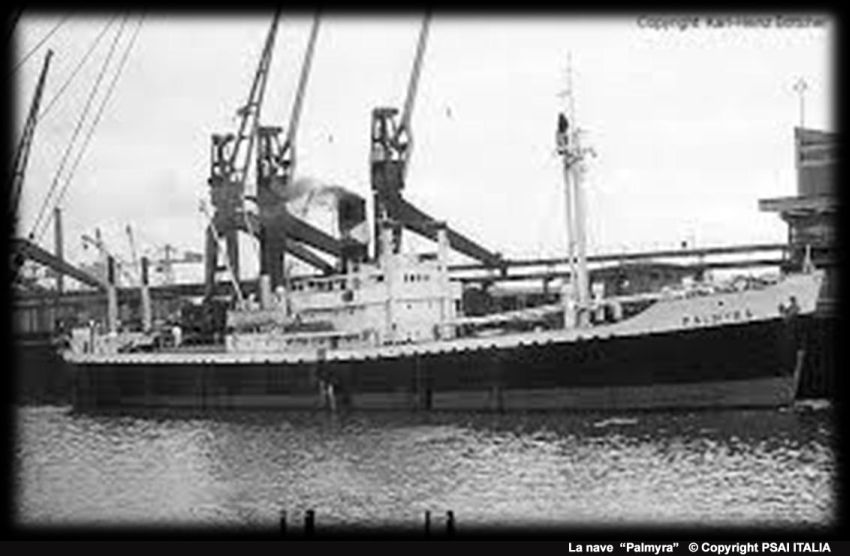 Meanwhile Federico is being organized with Kjell to take us into the woods in search of the Bristol Beaufighter shot down by aviation Luftwaffe , what fell touching the power lines . Everything ready , we leave. After a couple of hours we reach where are the remains of the English . There are pieces of wings , parts of trucks and several pieces of fuselage. The remaining segments of the wings and ‘ can still see the coats of arms of the RAF , the colors faded , that adorned the wings of the bomber.

Circles faded colors that adorned the wings of the bomber “Beaufighter”

The remains of the “Bristol Beaufighter” shot down

The evening of the second day we are happy for the first record , we find ourselves at dinner , do not talk about anything else . Sissel and his uncle Kjell tell the legend of these aircraft and the wing , it is said to have hidden in the lake near where we are adding information gathered from the elders of the place . Even more motivated we are not aware of time passing and the midnight sun in the sky there by Scandinavian truce , we are full of enthusiasm and desire to start the search. At 5.30 am , as a good soldier uncle Kjell is to wake up . He is ready to go in search of the second Bristol Beaufighter . We did not even have time to understand to be in Norway that Mr. Kjell has already passed by the Fire Department of Flekkefjord to retrieve all the necessary equipment for research in water .

We begin to patrol the lake Håland from east to west, reaching a maximum depth of 15 meters. We proceed aligned at a distance of about 5 meters from each other because of the poor visibility, trying to move less possible suspension and communicating with the light of the torches. At the twentieth minute of search, at the depth of 12 meters, with the beam of the torches we illuminate a part of the wing of the second plane and some small fragments of the aircraft.

We can carry out the recovery of the piece without damaging it and to bring it to the surface. But something does not come back, not a Bristol Beaufighter, looks the part of a transport plane with signs of fire occurred, as evidenced by the presence of bubbles on vernice.Gli experts close “Museum of Lister” arrive early, they are aware another old story about a German plane that was twelve parachutists on board en route from Denmark after the invasion of Norway in 1940. To our amazement we found confirm that the piece belongs to a German aircraft, confirm the color and the undulating shape of the surface. 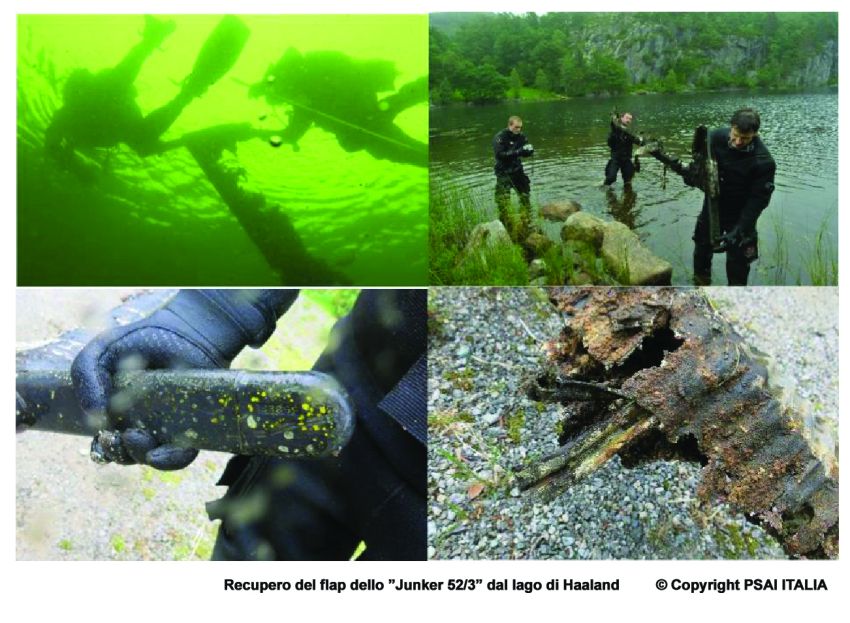 The next day , after refilling the cylinders , we continue with the research . As planned , we move toward what it is likely to be the second point of impact , in Lake Lange . After about 15 minutes in the cold and murky identify the remains of a plane . Much to our surprise we notice the undulating shape of the fuselage and wings ; immediately we realize that this is not a Bristol Beaufighter but a German aircraft .

And ‘ the Junker 52/3 lying on the muddy bottom . The remains of the aircraft were badly damaged , probably due to the strong impact with the ice , to the recovery of remains took place in times of war and to the long- forgotten past . The sudden emergence of these thoughts arouse in us a strong sense of respect for these soldiers died as a result of killing. 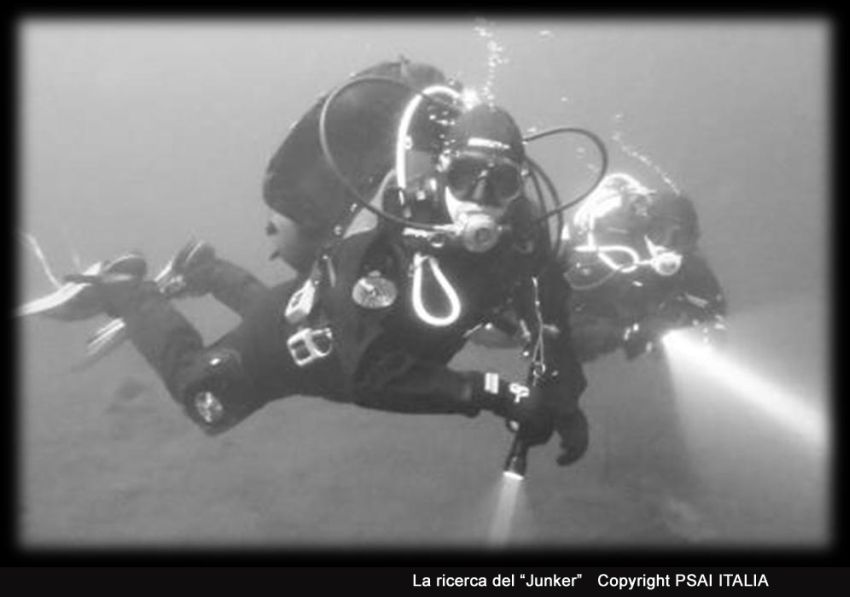 The search for the “Junker” 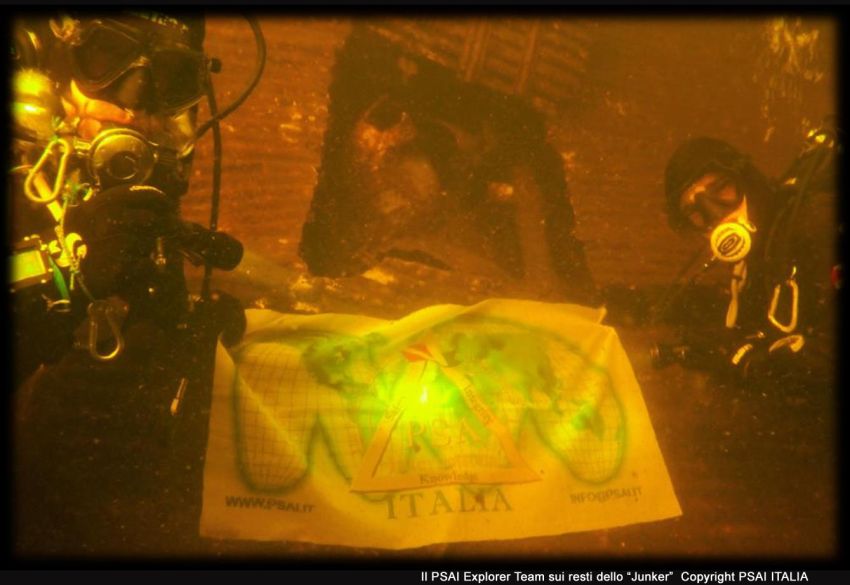 PSAI Team Explorer on the remains of the “Junker” 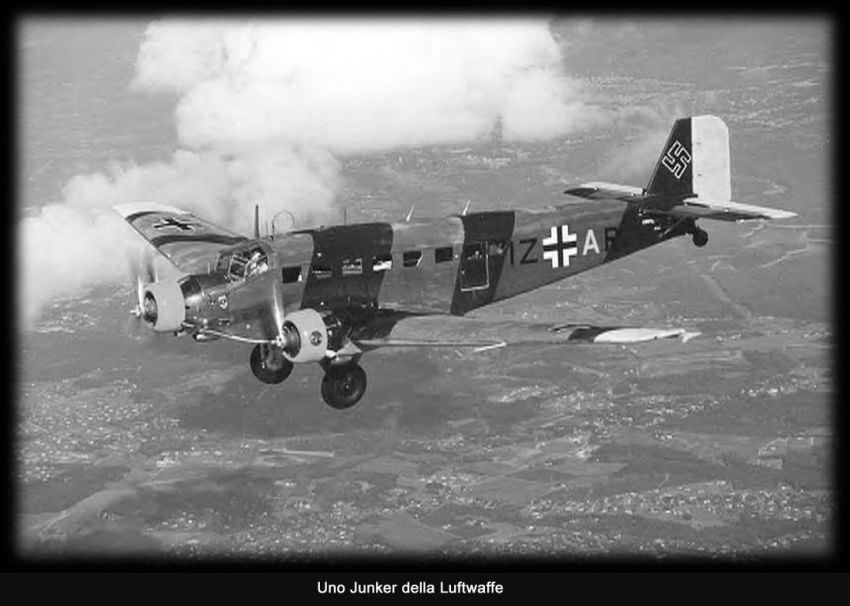 We return to base, we are missing the third Bristol Beaufighter to find. In the evening we take stock of the situation , Federico has some charts with the bathymetric of Fedafjord . We study the morphology of the fjord and the sea floor crossing information with pictures of British reconnaissance provided by the Royal Air Force . The next day we go on site , prepare the equipment ready to test theories reconstructed the night before . Moving towards the hypothetical impact point we begin to explore the area to a depth of about 40 meters . Here we find a sudden and abrupt change of inclination of the bottom , which according to the papers , carries approximately 90 m .We begin the ascent as planned because we do not have the technical equipment we use normally in Italy. 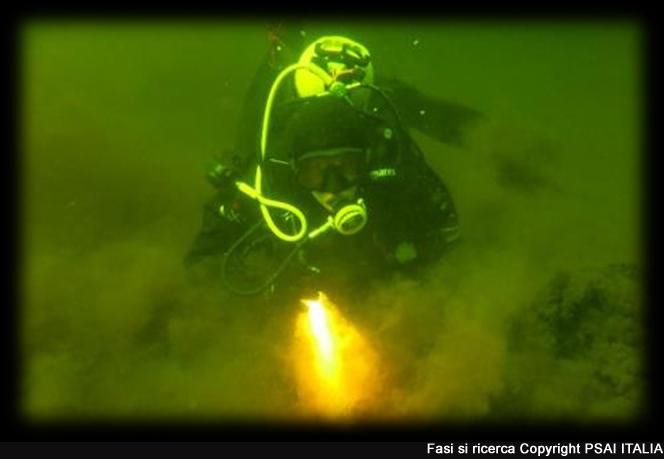 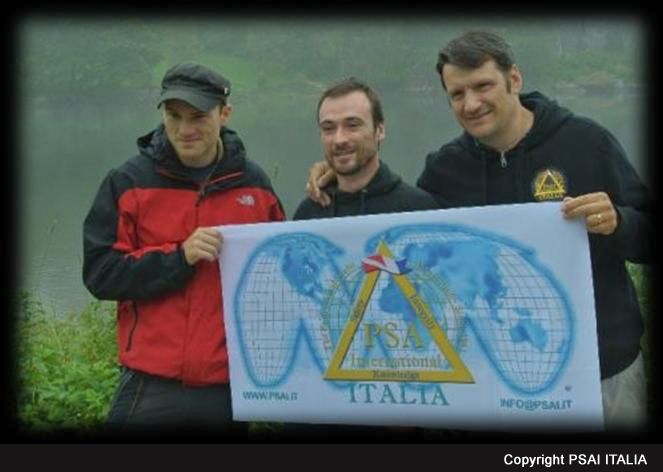 Once on the surface, we consult with his uncle Kjell, an expert in the area and the currents of the fjord, which confirms the likely spot where the wreck lies. We are planning a new expedition with the appropriate equipment.

Team Explorer PSAI ITALY ships in Norway in search of British aircraft shot down is composed of: 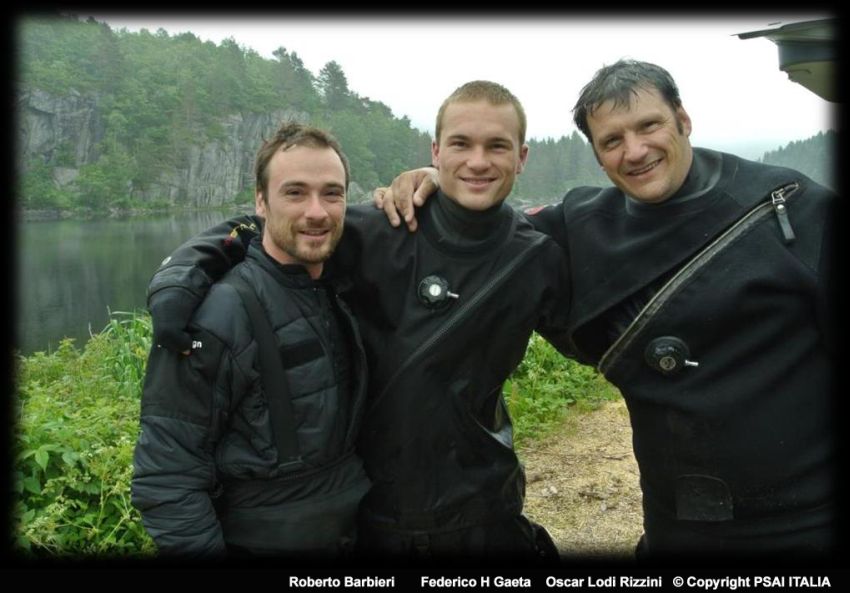