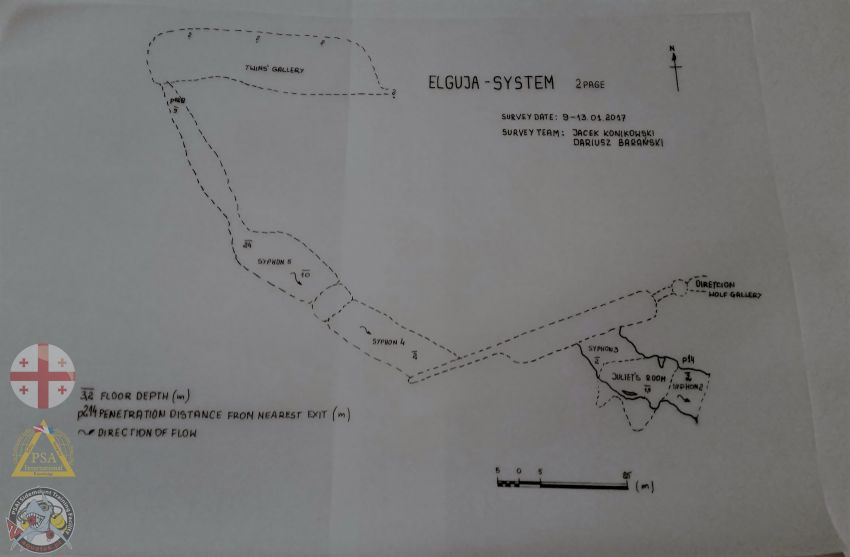 The first part of exploration and mapping project of Georgian cave Prometheus has ended. Two PSAI Poland Professionals, Jacek Konikowski (PSAI Instructor Trainer) and Dariusz Barański (PSAI Advanced Nitrox Instructor), conducted approximately 30 hours of cave work, which allowed them to prepare maps of 5 syphons and 4 half-flooded halls. In spite of strong current and very poor visibility, they managed to make over 200 m of gamma grade maps, as well as an additional 200m of maps with determining direction of corridors and their distance (beta grade). Video documentation was also prepared. The skills and techniques which Jacek was taught during the PSAI Underwater Cave Survey and Cartography Course turned out to be priceless – thanks to Gary Taylor for sharing his knowledge and experience.
Both the known parts of the cave and those which were discovered during our last year expedition were mapped. The first ones were extremely important to our Georgian friends taking care of Prometheus. Based on their and video recording, Prometheus will receive a grant on development of tourist trails (boat trips). The other ones were significant for Jacek and Dariusz, because according to tradition discoverers can name tunnels, galleries and their elements. It is a heritage of the exploration team which will be passed from generation to generation. It is also possibility of leaving  a lasting trace. Prometheus is a big pristine  system for exploration. There is still much to discover and examine and we hope that next expeditions will be as productive as the previous ones. 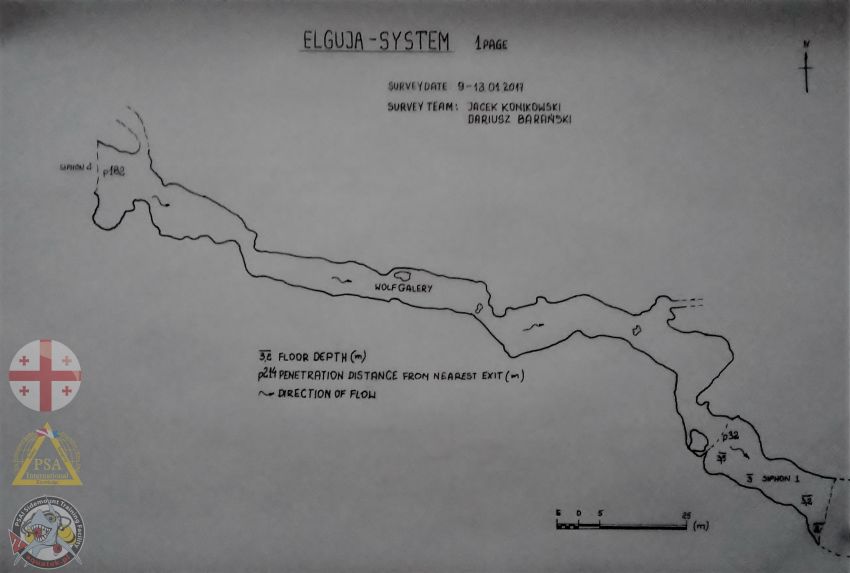 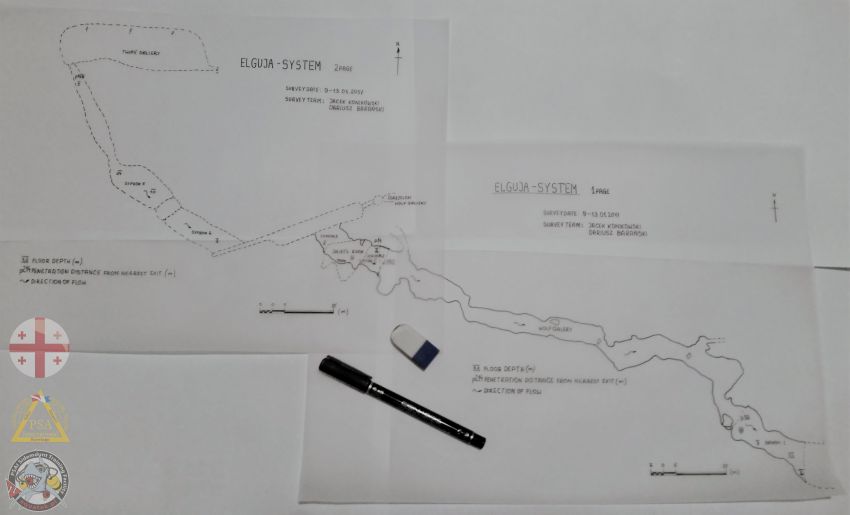 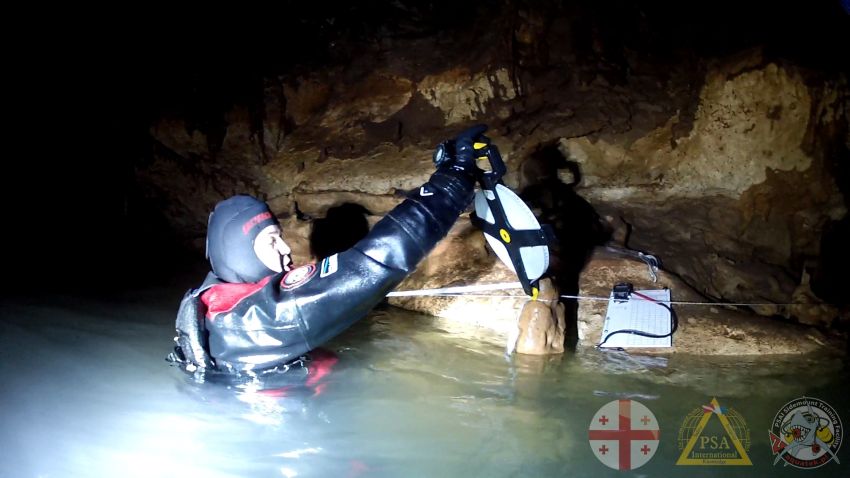