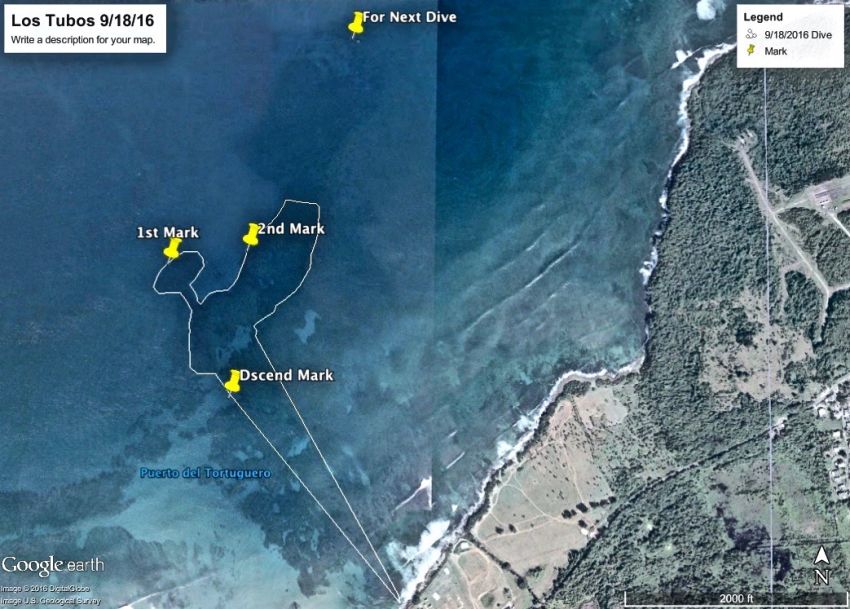 It was just another Sunday dive that we had planned except that my buddy (Saul Soto) and I were using tech DPVs with lithium/ion batteries with extended run time. I live in San Juan Puerto Rico and the dive spot we chose to dive is “Los Tubos” a training ground for novice divers on the north coast of P.R.

That Sunday morning when we entered the water it was glassy flat, sunny and 86 degrees. We proceeded on a course of 330 degrees that would take us, over the cocoon rocks (1/2 mile from shore), just beyond the outer reef and then easterly following the outline of the reef. This easterly course would be taking me into an area I had never been before.
After powering by several submarine trenches and numerous schools of jacks, sergeant majors, blue tangs and two very surprised sting rays we rounded the eastern part of the reef. There we found some coral caves and swim throughs. At this point we had traveled over 1.4 miles.

When we complete the circuit of the reef we headed south towards shore when we came upon some very interesting anchors, that appeared to be from the 1800’s, which really highlighted this dive.
At the end of the dive we had covered 2.1 miles in 90 minutes averaging 38 ft. of depth, 71 ft. maximum depth and having consumed 71 cu.ft. of nitrox 28%.

The chart of our dive superimposed over a photo of the reef and coastline was provided by Saul Soto who registered the way points on his GPS while under water during the dive. 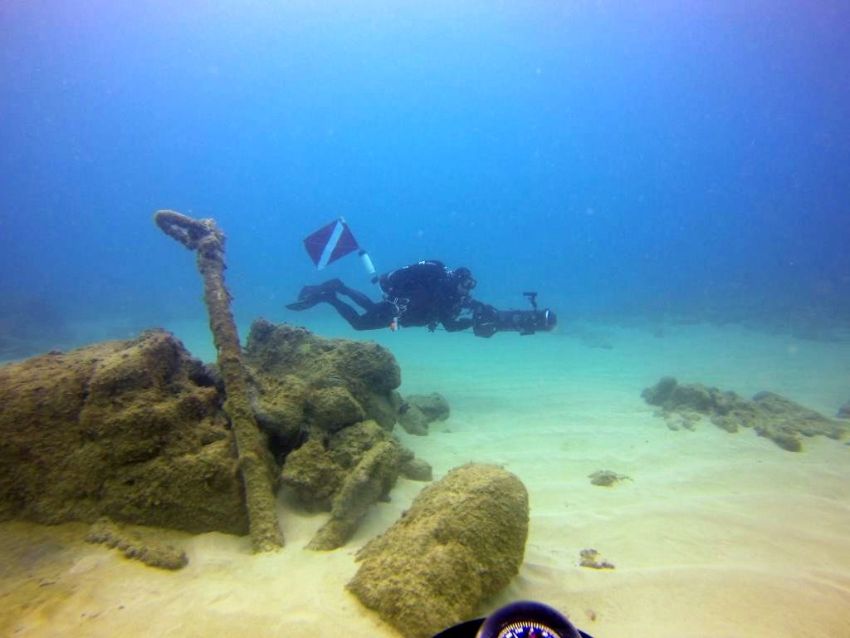 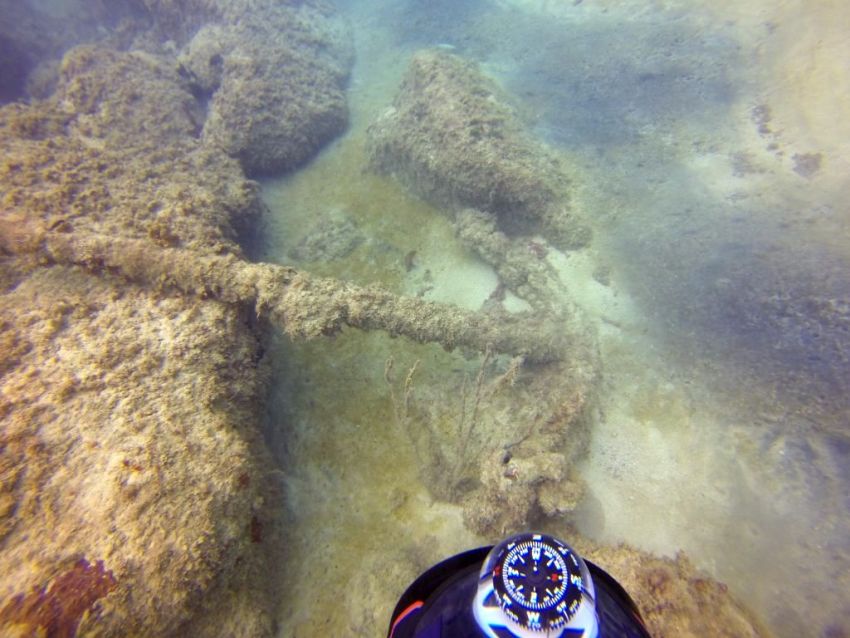 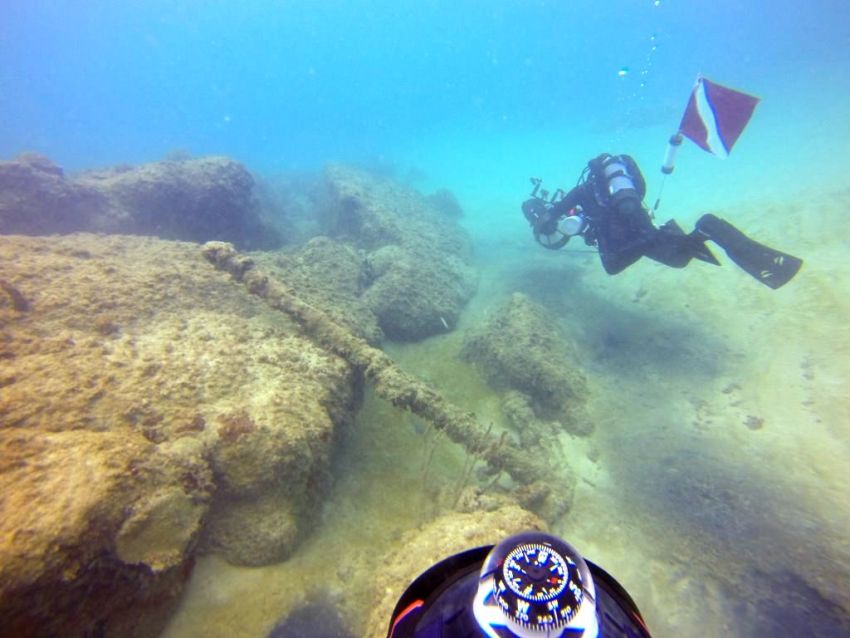