In 2012 Spring, Wuji Divers (a team of PSAI Explorer Team divers from PSAI China) invited by one of the local tourist department of Guangdong province to investigate a ancient cavern hidden in the countryside.

There are many different stories about the cavern. Some believe there is treasury keeping below, some say it is a place for lovers who cannot live together to commit suicide. Some says there is a dragon living inside. The local people also believe throwing stone tied with long line into the pond can bring them good luck.

The local government invited us to help them to find out what lays below, what the formation is, where the water come from and sampling the water quality on difference levels.

Till now, Wuji Divers completed three trips totally 15 dives on the pond and find some interesting objects laying underwater. During the dives, we found more then 6 human remains scattering the whole cave. Those on the deeper part are still in good shape, but some in the shallow are already eroded. We also found one skeleton was tied by an iron chain and connected to a big stone.

The visibility is only 1m from the surface till a depth of 30m. After that, we are surrounded by almost crystal clear water! Temperature is 25C on the surface and drops to 15C at the bottom. There are difference kinds of stone formations, mainly sandstone mixed with some others. At some part, even crystal are found. We only lay 100m of line into the deepest part as the bottom time at such depths is short.

The low visibility shallow area together with many floating line thrown by the locals made for a hard time for our divers. Which also increased the danger of the exploration. We will use Trimix and other equipment to help improve the range and completely investigate the cave in the near future. 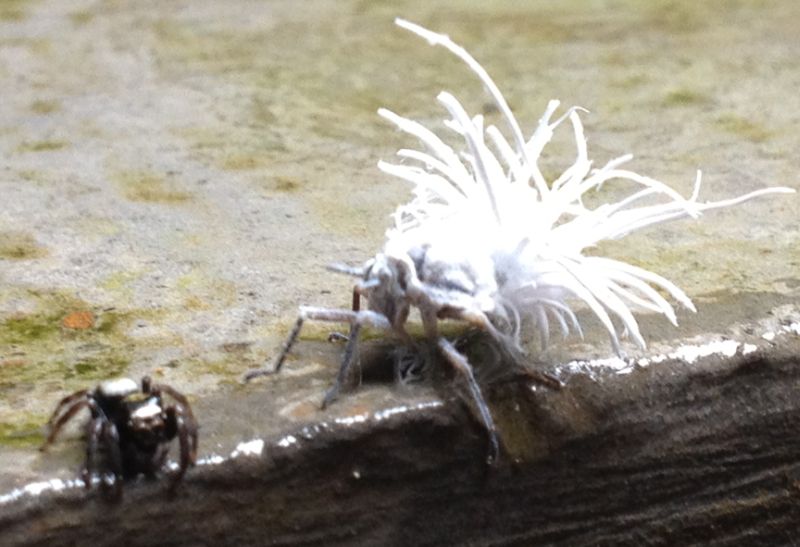 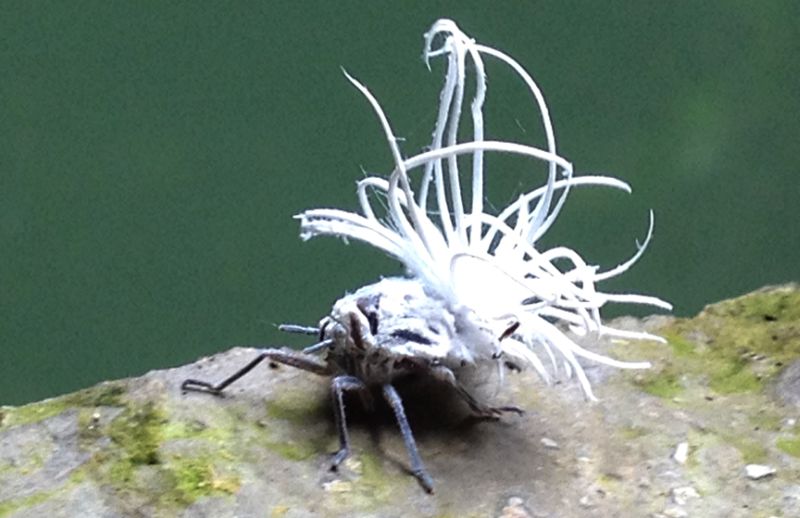 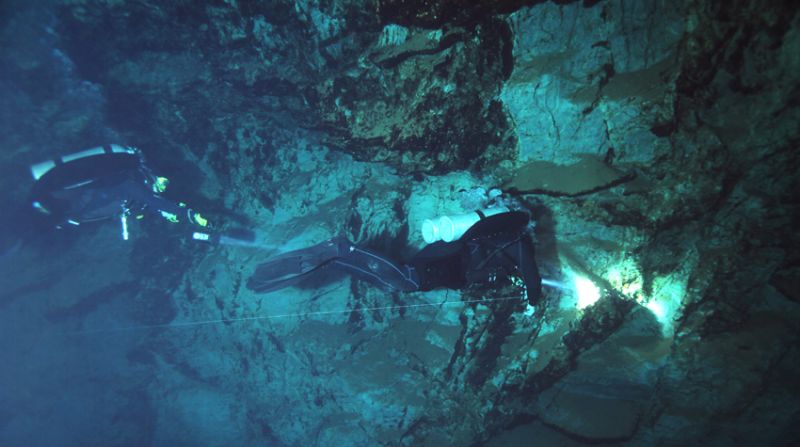 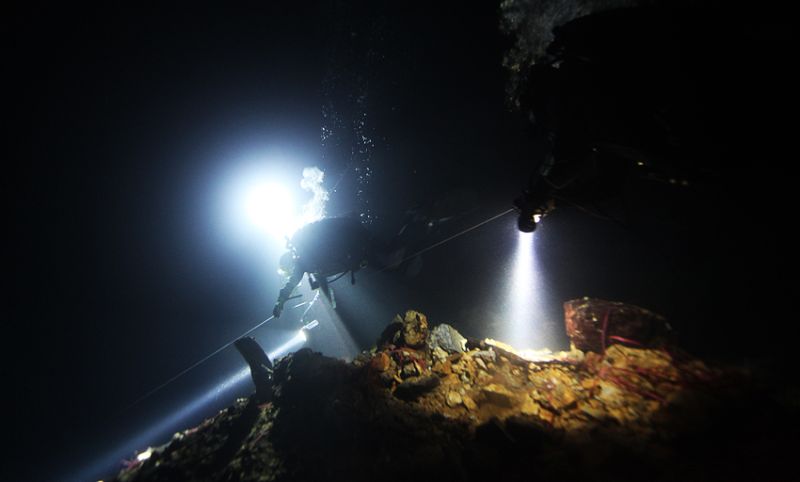 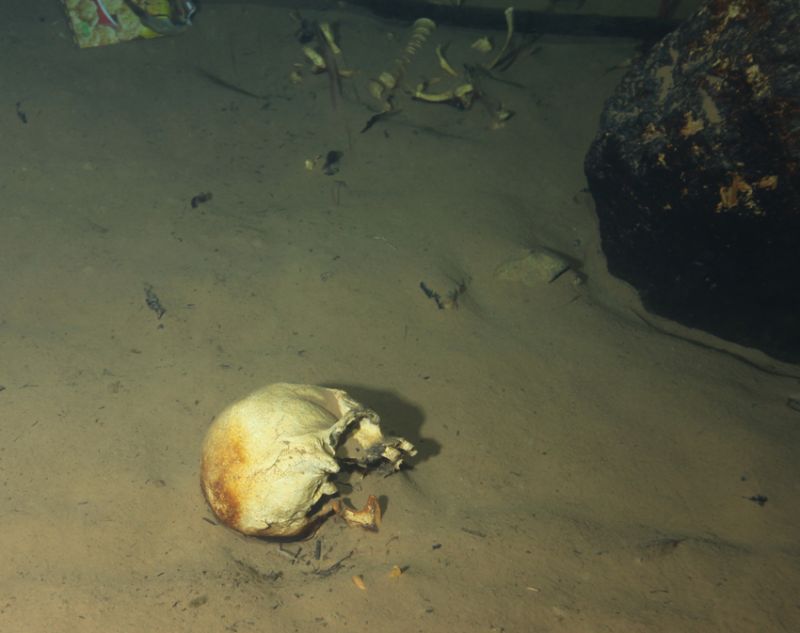 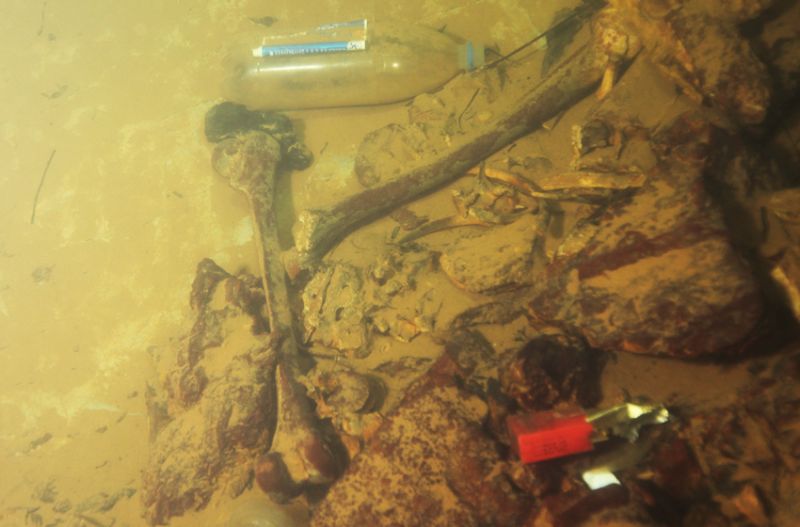 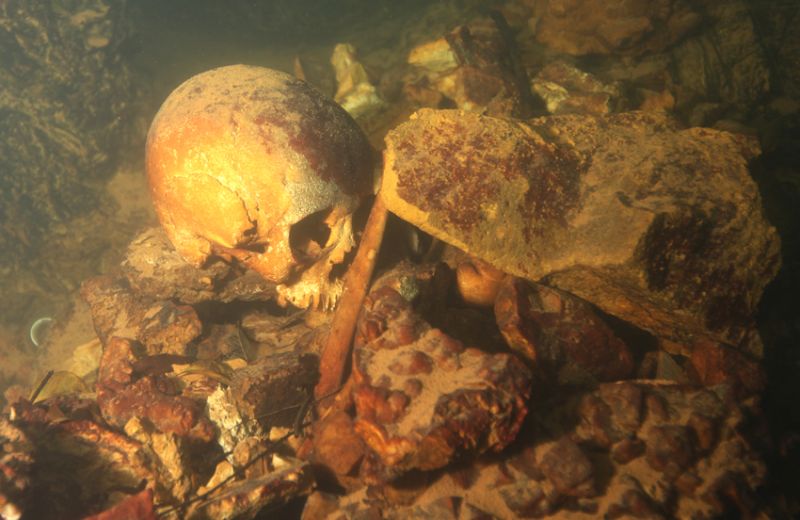 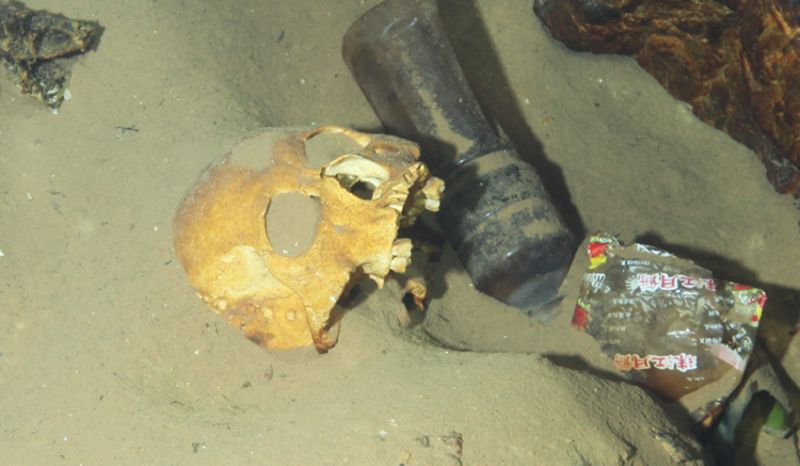 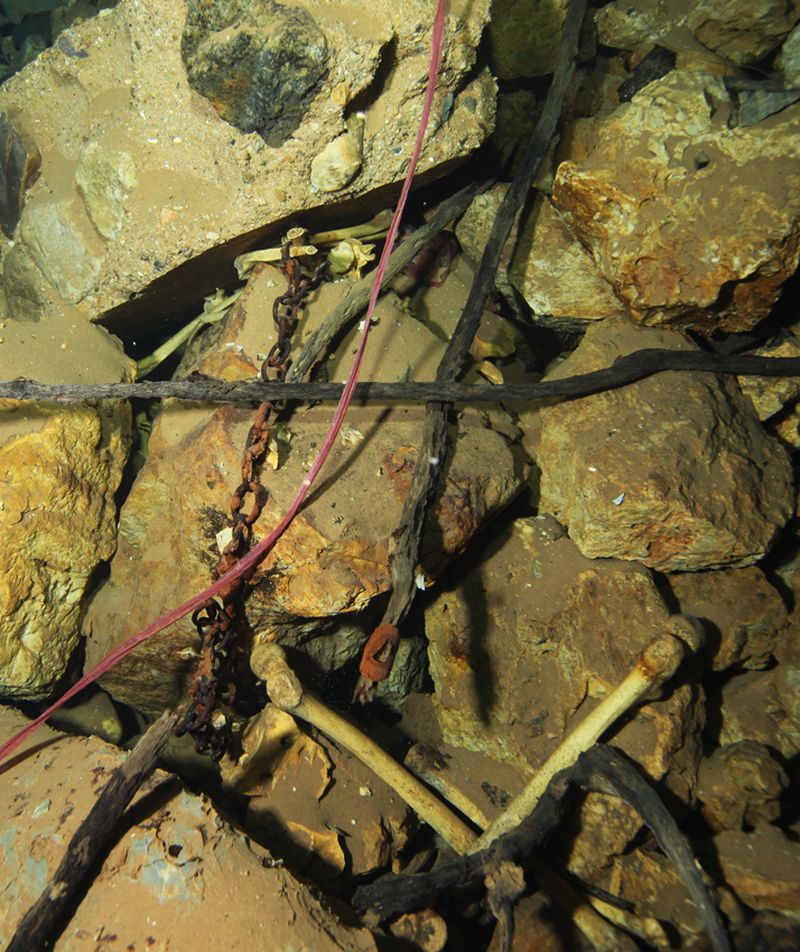 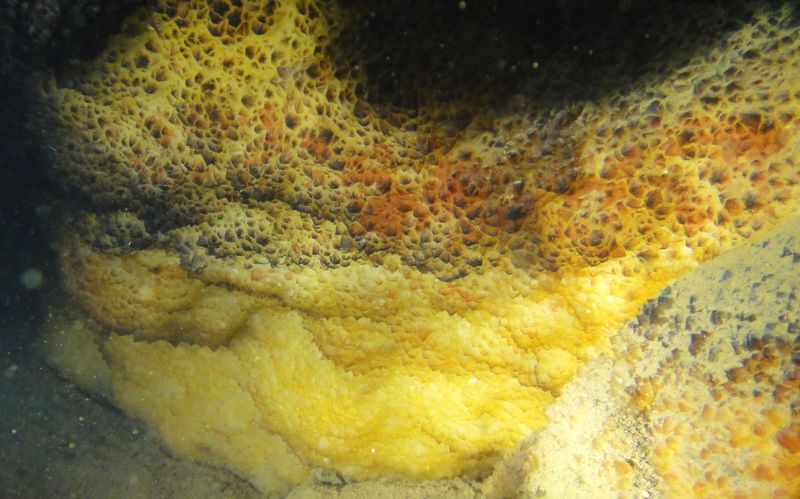 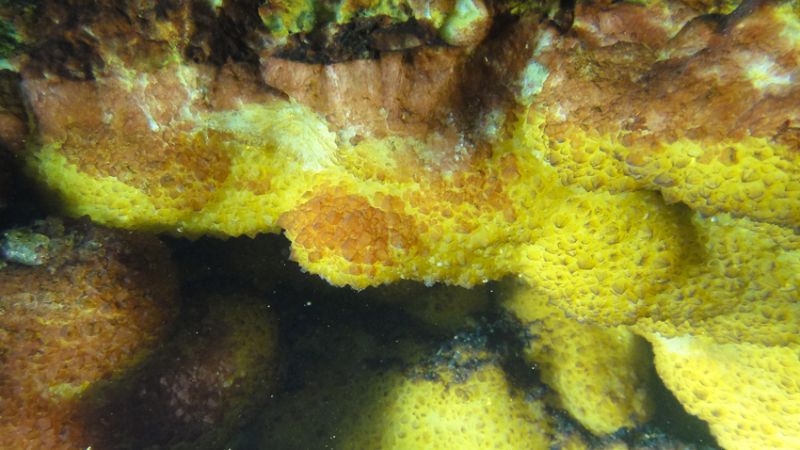 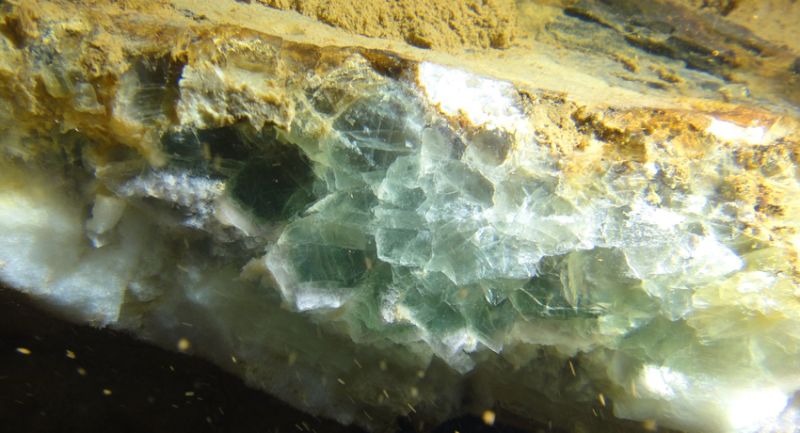 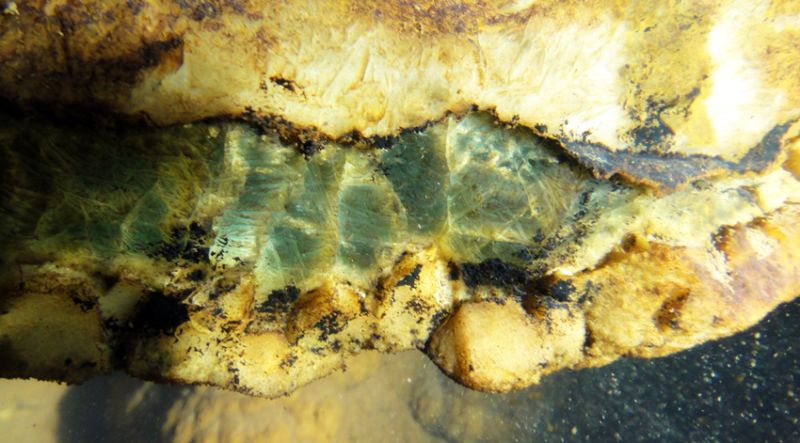 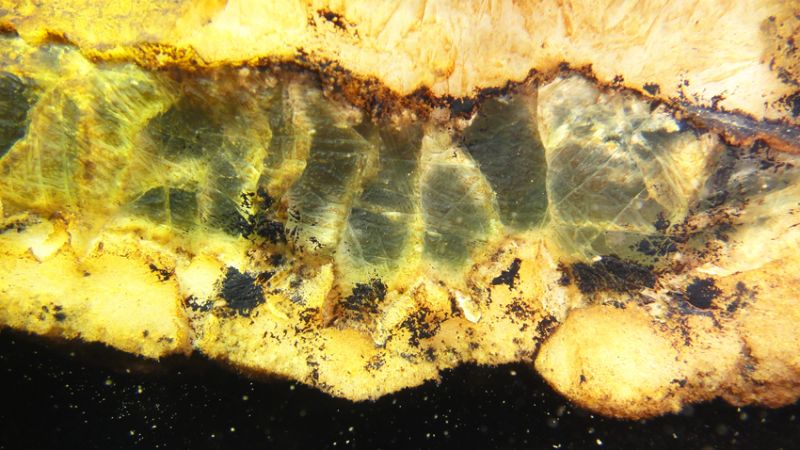 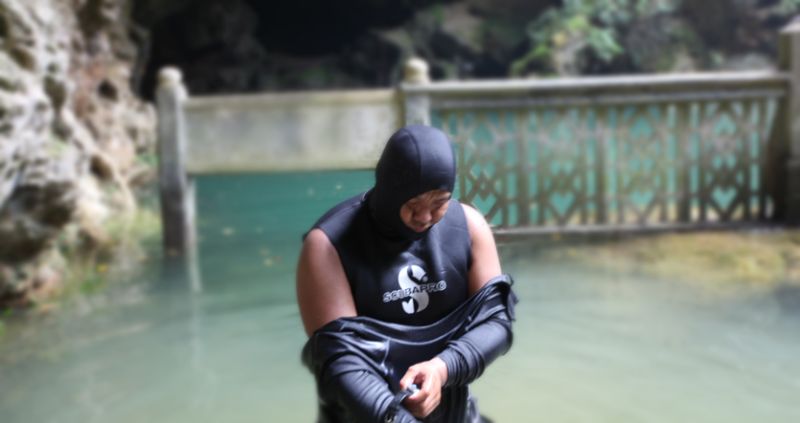 Victor – Before the dive