PSAI divers from China made an exploration dive trip to Qian Dao Lake, which is in Zhe Jiang Province of China. There they explored the ancient city called Lion city. The temperature on land is around 3 to 5 centigrade, so dry suit is a must. The underwater visibility was around 3 to 5 meters. The depth range was from 25 to 28m. QianDao Lake is quite quiet and beautiful in winter. The blue sky and lake water contrast with the yellow landscape. It is a good place when you want to escape from the loud city life.

In September 1959, the Xin Anjiang Dam, which was designed by the Chinese, began construction to create a reservoir and 290,000 people were relocated from the city which they’ve lived for over one thousand years. The reservoir was designed to flood any area below an altitude of 108m above sea level putting Lion city at 25-40m underwater (depending on the season).

Thanks for the PSAI photographer of Wang Tao ,Liu Jin and Du Jinen. 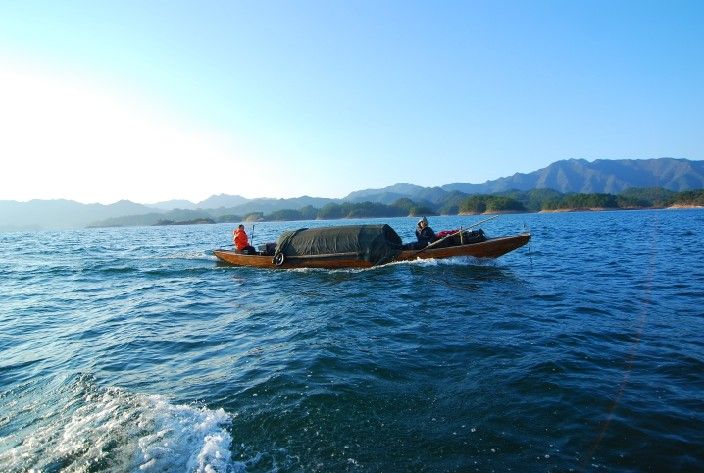 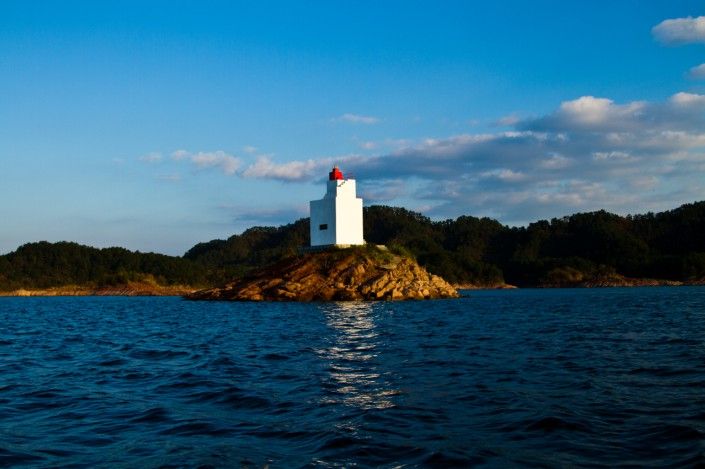 The lighthouse in the lake 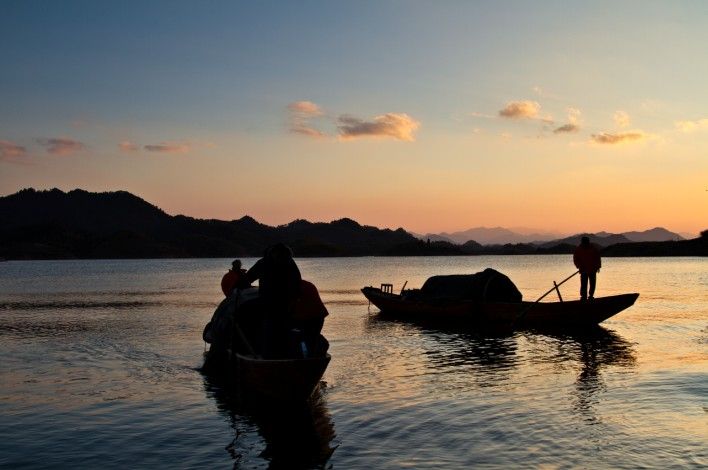 The dawn of the lake is quietly beautiful 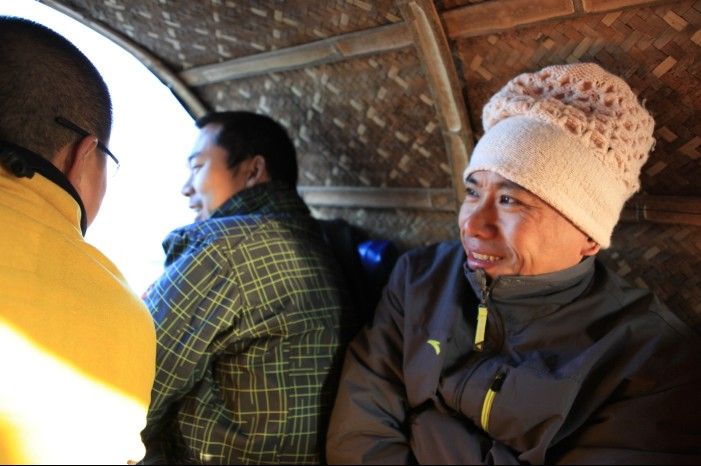 It takes an hour to arrive at the ancient city. Quiet cold. 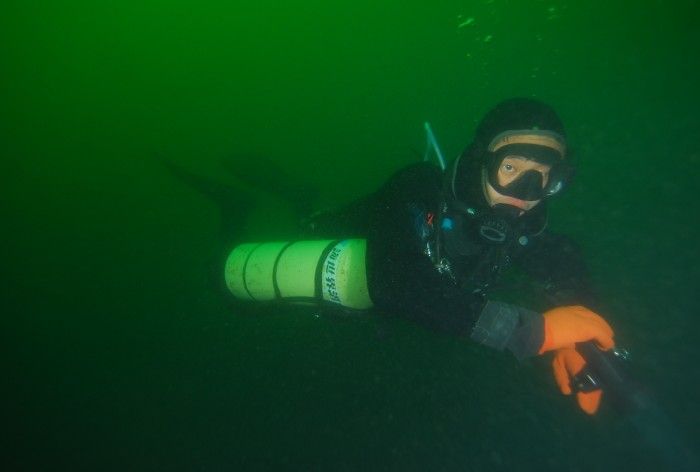 Making safety stop long enough is quite important when diving in cold water. 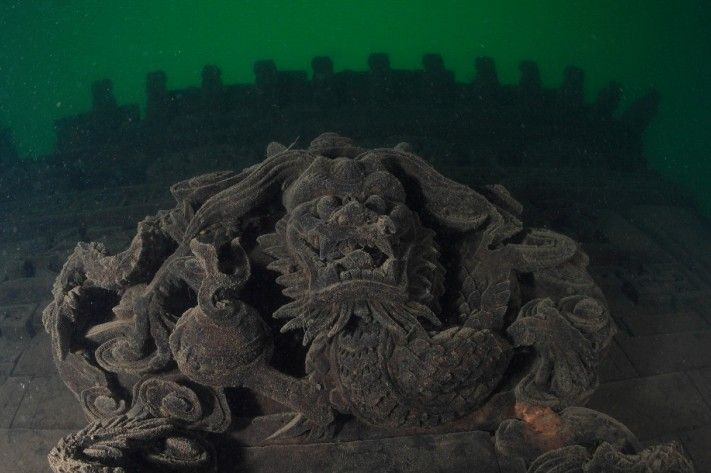 The sculpture of the dragon on the Arch of the city 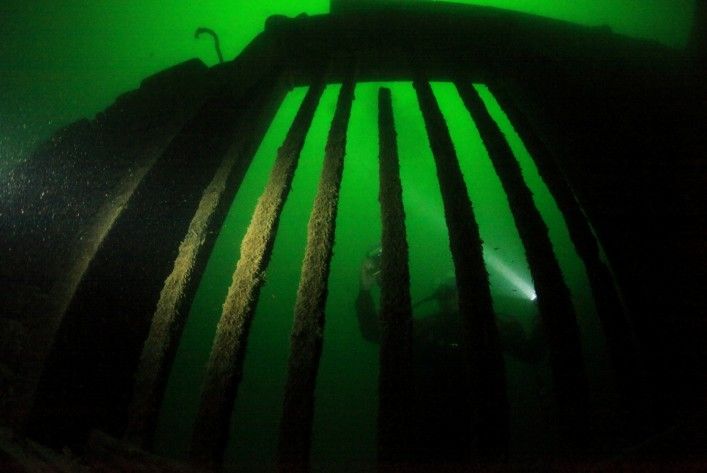 The old house window .Many parts of the house collapsed already 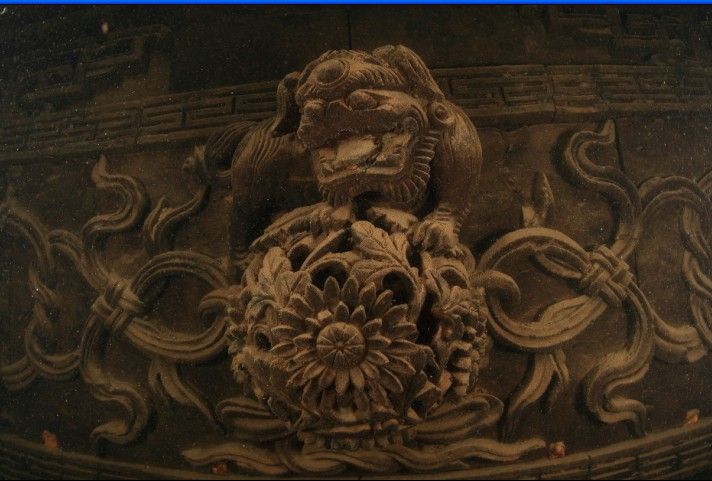 The sculpture of the lion 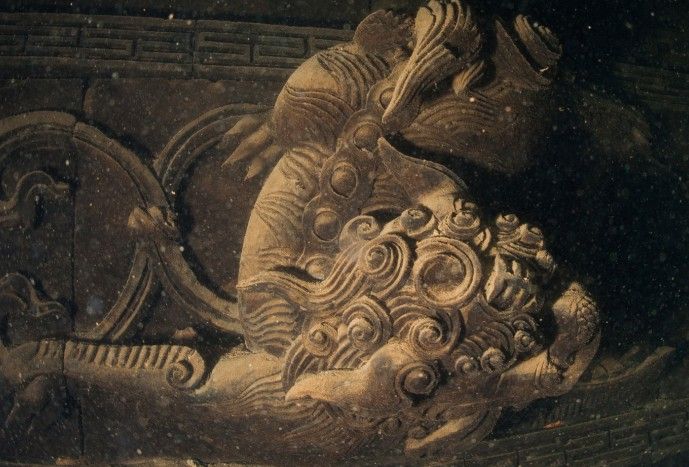 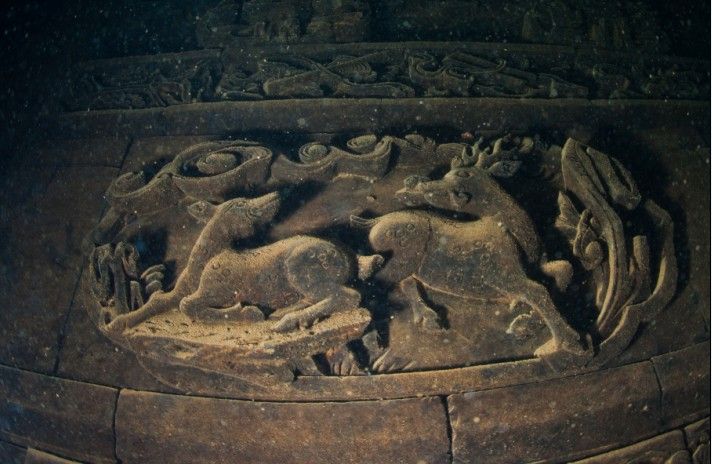 The sculpture of the deer 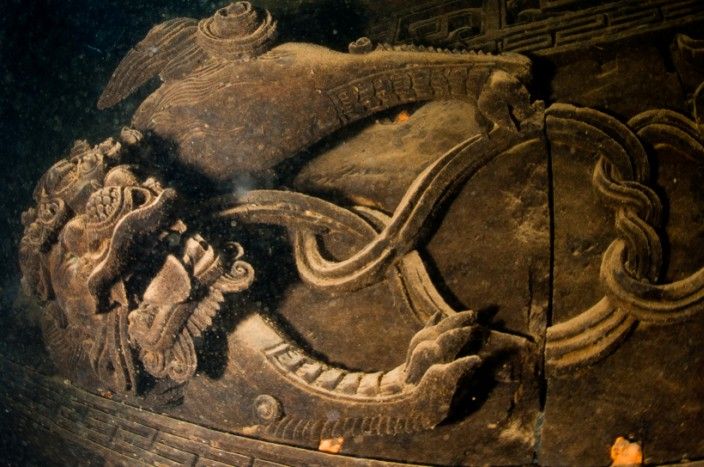 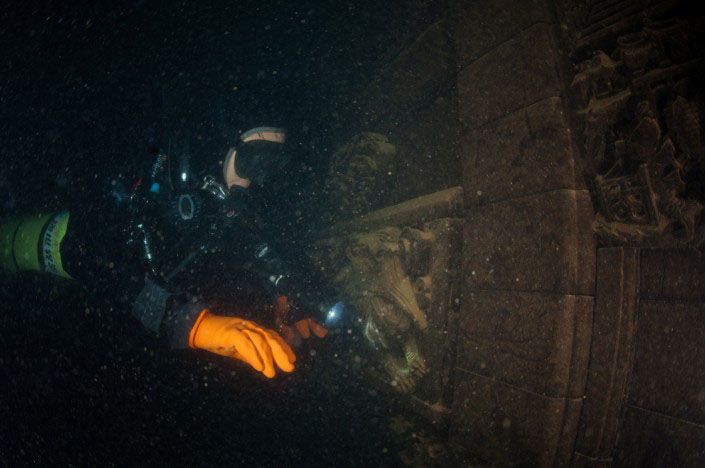 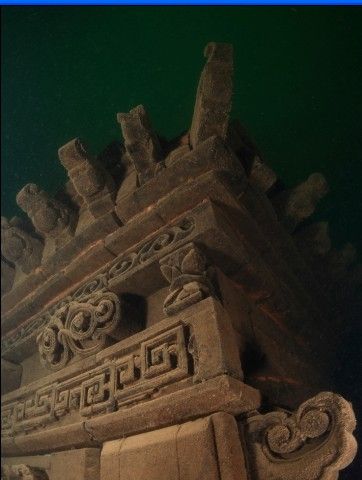 The corner of the wall 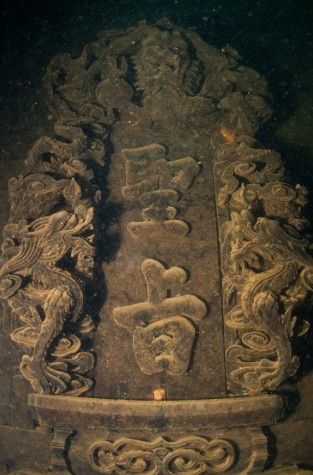 This means “The emperor’s order” 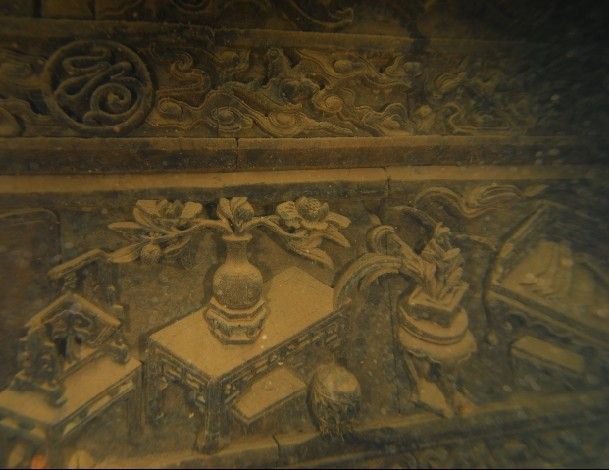 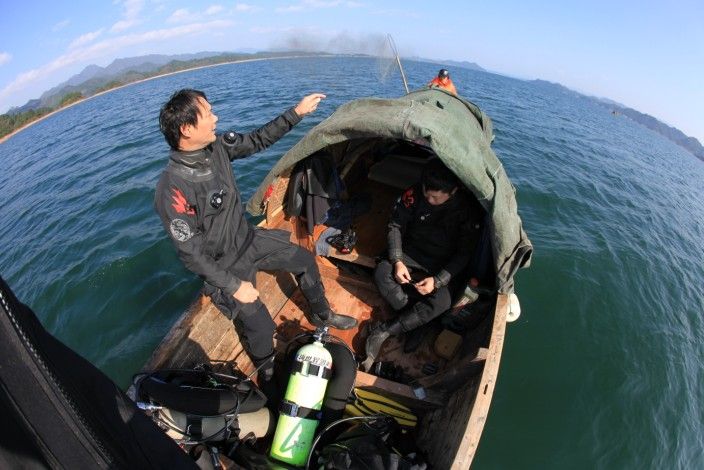 PSAI divers are ready for the dive 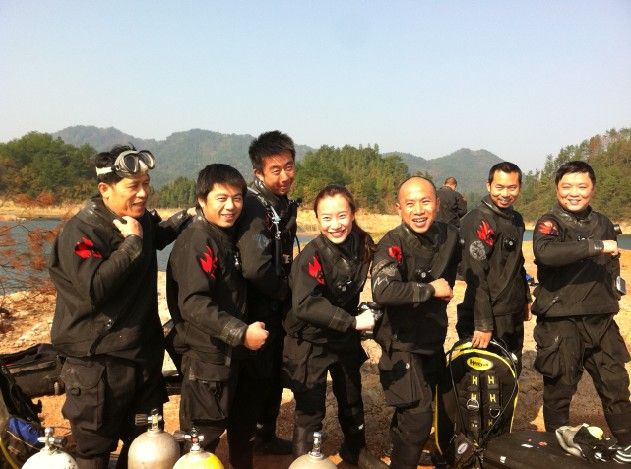