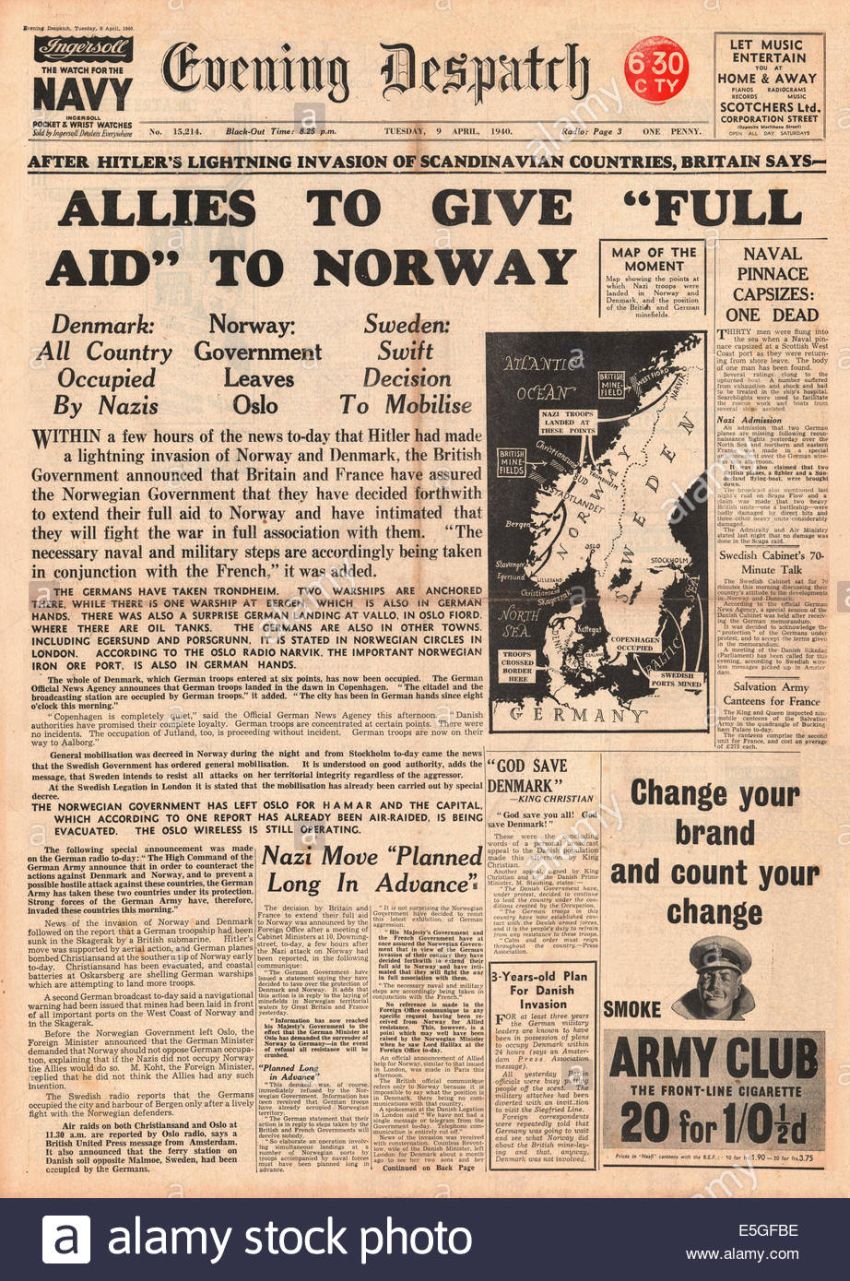 The PSAI Explorer Team is a group of divers and friends passionate about historical research, which in this period of pandemic and lockdown has passionately continued pursuing research, and the research have paid off. What follows is a brief report of our latest research activity. Finally, we are back in Norway for historical events of WWII that contributed to the Nazi occupation of this country, and to the goal of our research, the preventive sinking of the Norwegian torpedo boat Teist and the cargo ship Gudrun at the end of the conflict. 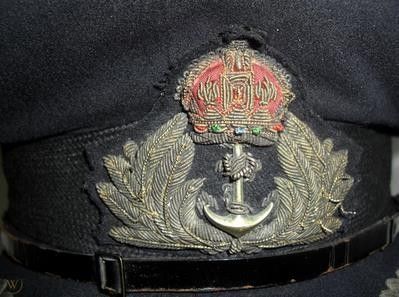 Some historical hints … by order of Sir Winston Churchill (UK Prime Minister during WWII)
The night of February 16, 1940, two months earlier than Norway entered the conflict, the Altmark cargo ship, seized by the Nazi, hid inside the Jøssingfjord to find shelter from the exhausting chasing by the British Royal Navy. Chasing motivated by the confirmation of the British intelligence service, that 299 British soldiers captured by the Nazis were hidden inside the cargo.
Despite the presence on Norwegian territory, the commander in charge of the British Royal Navy, Winston Churchill, assailed by the ethical-moral dilemma but above all strategic on what to do, took the decision that saved almost three hundred lives of British soldiers, with the loss of seven Germans.
Arousing clamor among Norwegian politics, which was then still neutral to the world conflict, Churchill transcended the sovereignty of the Scandinavian country and ordered the raid. The night assault was well calibrated and functional by the British lines that, taking the lives of seven German soldiers, freed the
precious cargo on board, bringing the prisoners back to their families. We will never know if this is true, but historical sources attest this act of war as a convict for subsequent attention by the Nazis on Norwegian land, which took place a couple of months later. The German invasion closely affected the crew of the torpedo boat Teist, which was located in the waters of Farsund, south of Norway. The following is the story of its sinking and our subsequent discovery. 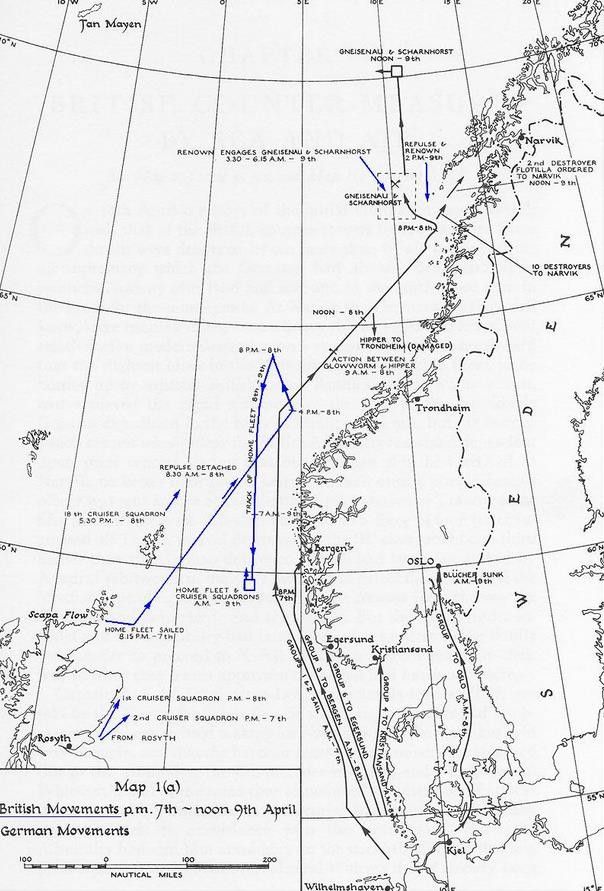 Without contact with the Headquarter
The Norwegian Army Forsvaret archives document that the torpedo boat Teist had fought numerous battles in the North Sea during WWII against the German Kriegsmarine. The torpedo boat was built at the main shipyard of the Horten Navy and was equipped with two rapid-fire 47 mm stern cannons, two torpedo cannons, and one shallow-water torpedo. On April 8, 1940, the Teist received the order to get ready to set sail for battle as Norway was under attack.
The following day, to maximize the ability to defend itself by exploiting the hiding places given by the Norwegian fjords it went to Drange, in Herad, north-east of Farsund. The position in Drange also allowed it to be protected from attacks by the numerous German U-Boats who patrolled the area thanks to the numerous shoals present.
For five days the torpedo boat had to remain in radio silence in order not to detect its position, furthermore, the adverse weather conditions did not allow effective radio communication. Later, in agreement with the crewmembers, the Captain decided to sink the boat so as not to leave it in the Nazi’s hands. It was thus that at 21:25 on April 14, the Teist was sunk voluntarily. 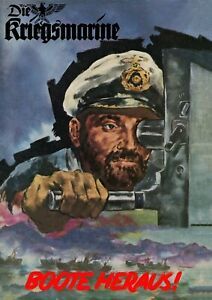 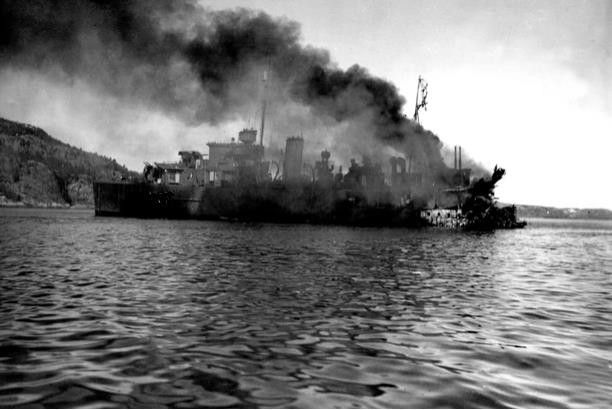 This historical wreck has been searched for a long time by the PSAI Explorer Team without ever-objective feedback to the point of making us give up, useless to continue; we abandoned the research, until that fateful day a year and a half ago, when Federico informed us of an important fact. Speaking with Erik, a fisherman from the area, which had said the depth sounder on board his fishing boat signaled an anomaly. The coordinates were very close to the area we supposed about the Teist sinking.
The next day Oscar promptly informed Leonardo and Egidio of Federico’s fisherman friend report. The old fantasies that had kept us active in many winter nights made up of meetings, phone calls and emails came back to life. Perhaps there was a concrete possibility this time of finding the wreck of the torpedo boat Teist so coveted. The whole Team resumed activities at full capacity with more emphasis than ever, the web searches were resumed and confirmation arrived from the Norwegian Navy. So we left for that area, and once on site we immediately began planning in detail the various dives that were offered us in the indicated area to verify if this anomaly of the depth sounder was the searched the wreck …
In the following days Leonardo, Federico, and Oscar began to dive. Each kick in those waters sent us a strong emotion, the desire to meet that wreck was strong. It would have already been a success detecting some sign, but nothing appeared on this spot. The desire continued to push us into the waters of the fjord, scanning the seabed, slowly moving away from the marked point. While submerged in the ghostly green water, as if enveloped in an autumn mist, appeared what seemed to be a bow lying on the seabed.
The remains of the Teist’s wreck were right there in front of us … for which strong was the emotion!
The following days, aided by the weather and thanks to beautiful sunny days, thanks to targeted searches using an ROV, we were able to map and fully document the wreck now asleep on the bottom with the remains lying on the seabed.
Once again we had unearthed a small piece of history and memories ran to when we were gathering for dinner and talked about the life of that boat and of those soldiers who had made it alive. This event must not be forgotten for the respect of these soldiers, but above all Men. In memory of those Men we will quote a commemorative plaque of the Jøssingfjord, “they died but freedom lived”, and continues to live today thanks to them. 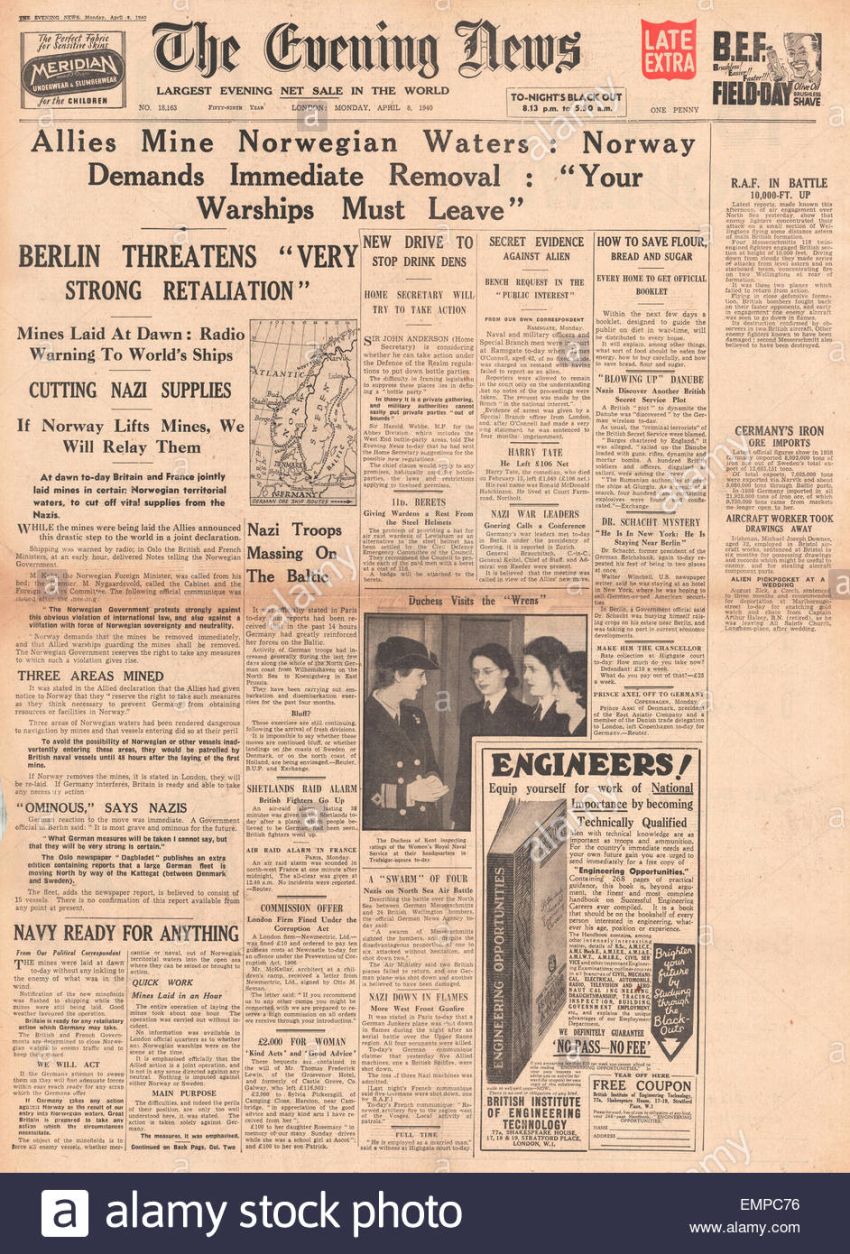 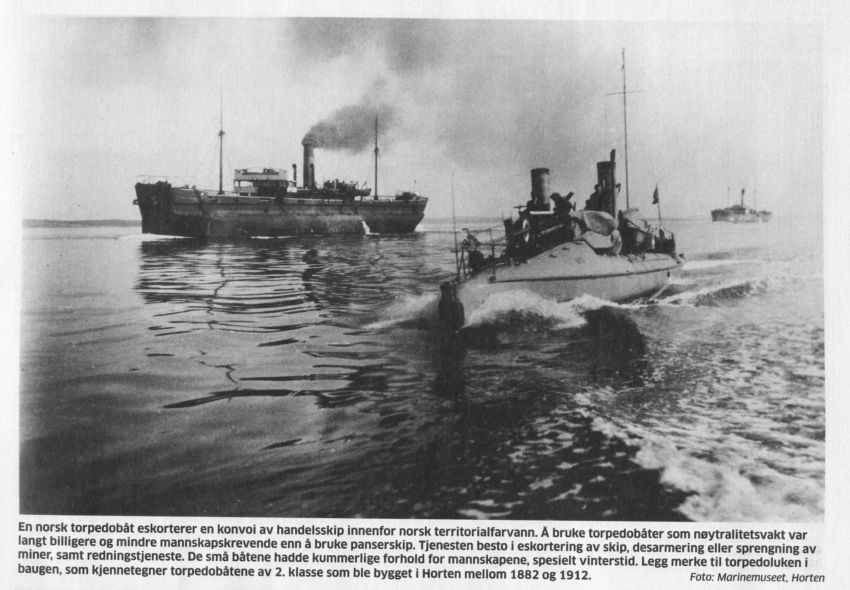 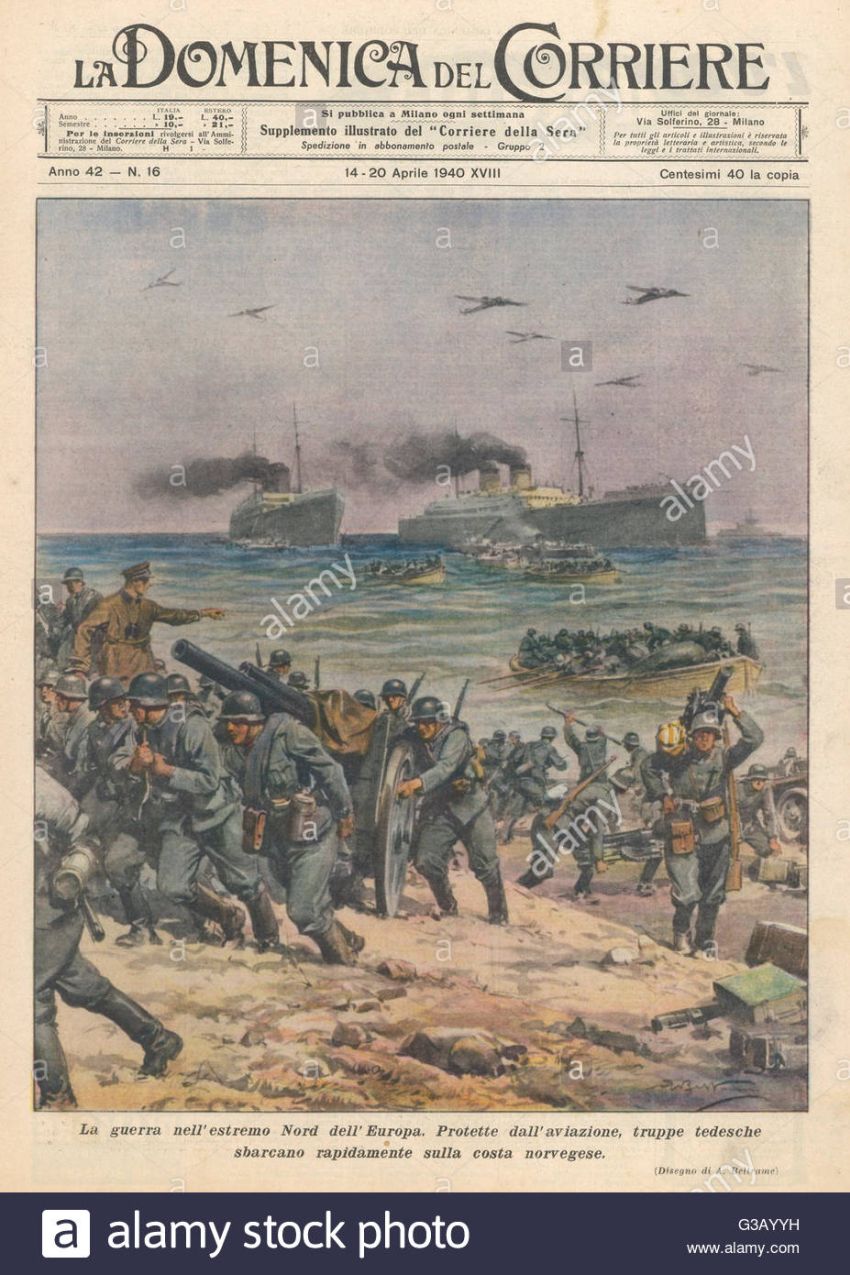 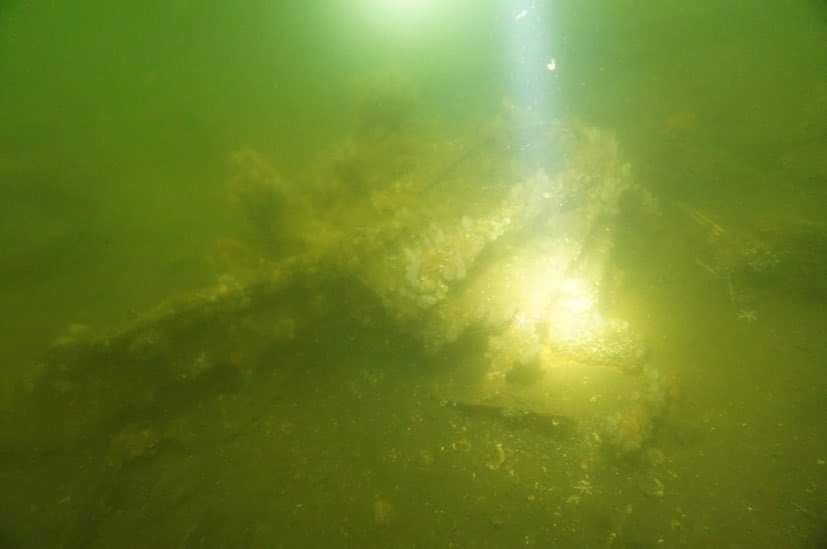 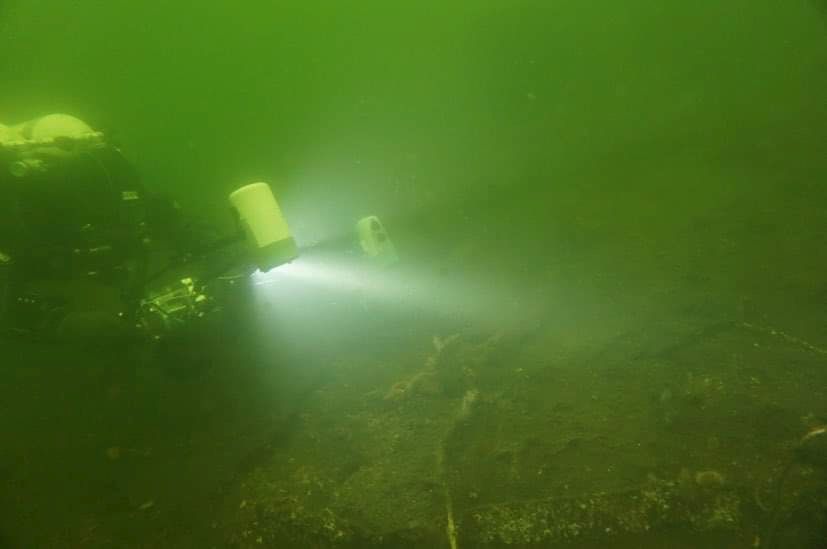 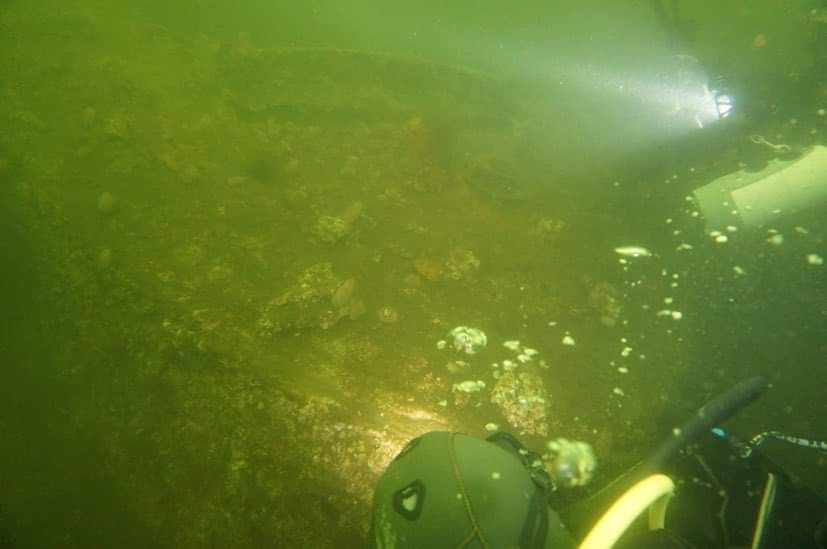 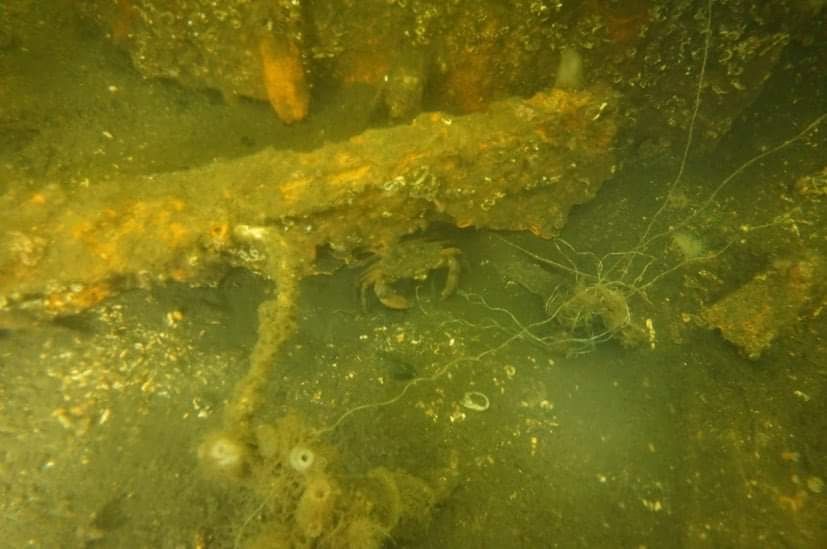 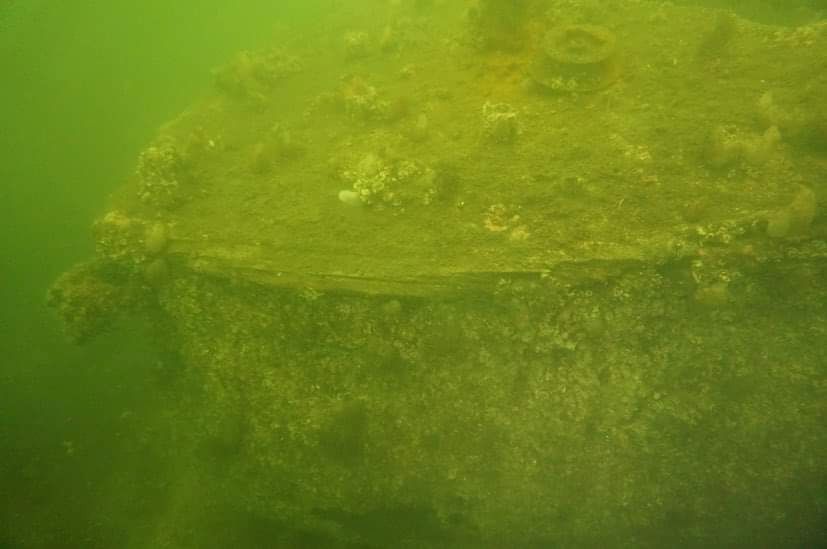 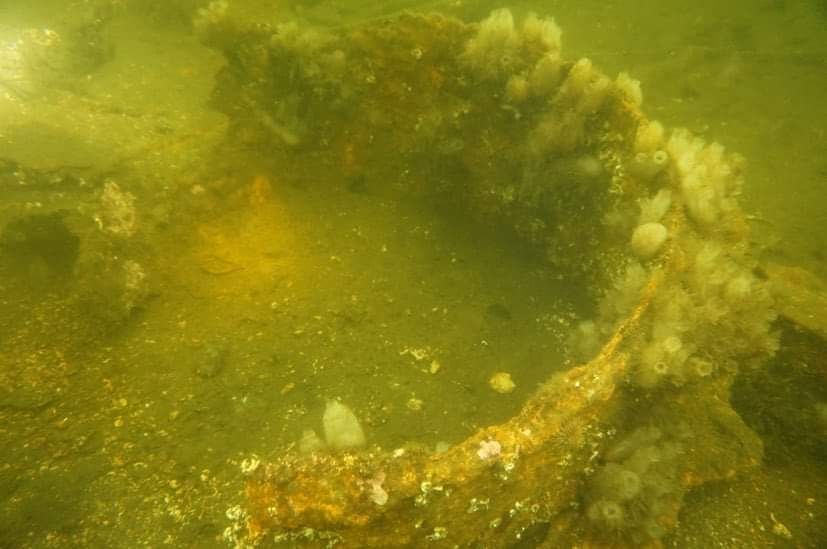 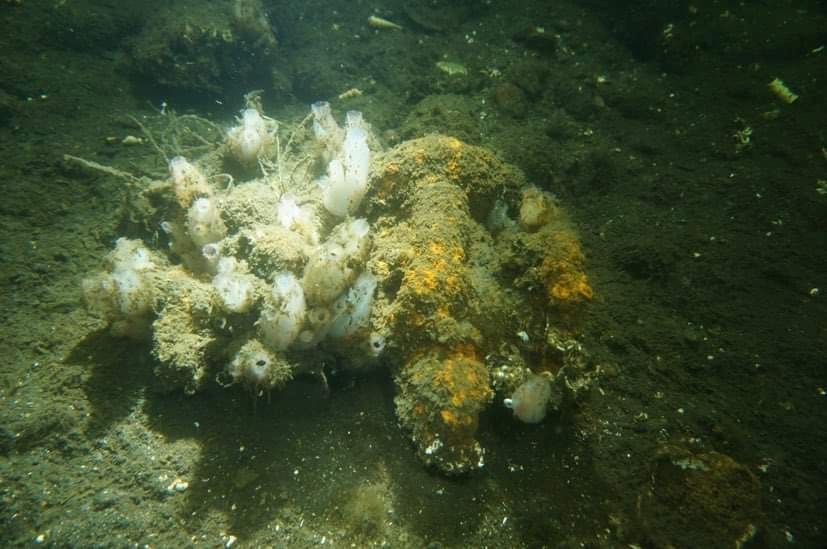 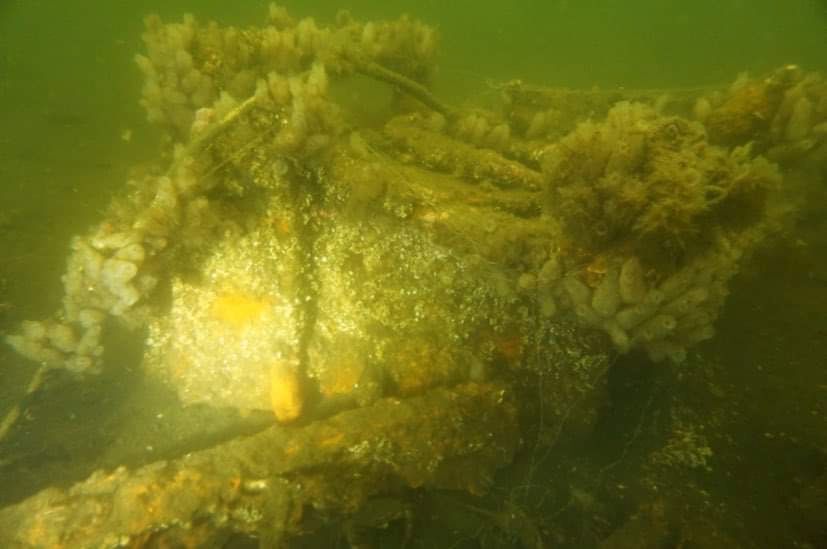