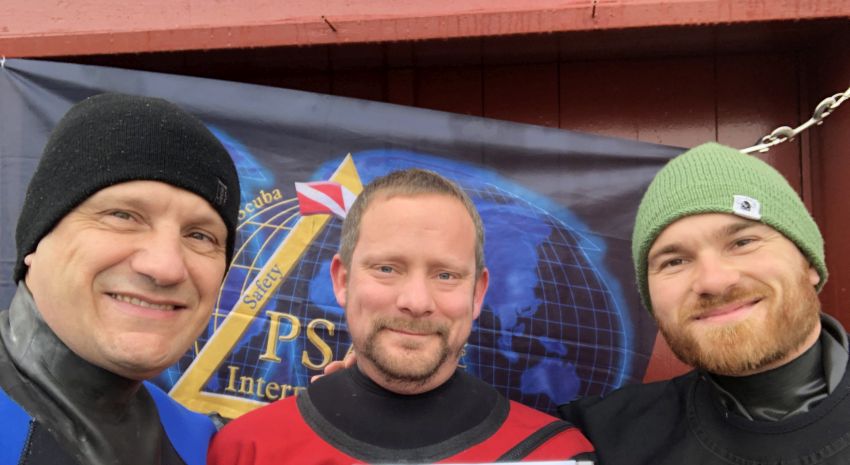 Once again the PSAI Team Explorer composed by Federico, Oscar, Maurizio, and Leonardo has engaged in the historical research and in the field of a ship belonging to the Dutch East India Company.
What follows is the historical introduction to the expedition. 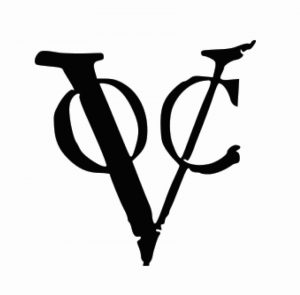 The Dutch East India Company, in Dutch Vereenigde Geoctroyeerde Oostindische Compagnie, abbreviated as VOC, was established on March 20th, 1602 and lasted until 1799 when the government guaranteed the monopoly of commercial activities in the colonies in Asia. After the rebellion of the United Provinces against Spain in 1566 and the passage of Portugal under the Spanish domination of 1580 had closed to the Dutch merchants the traditional supply ports of Cadiz and Lisbon, forcing them to obtain the spices directly at the origin. 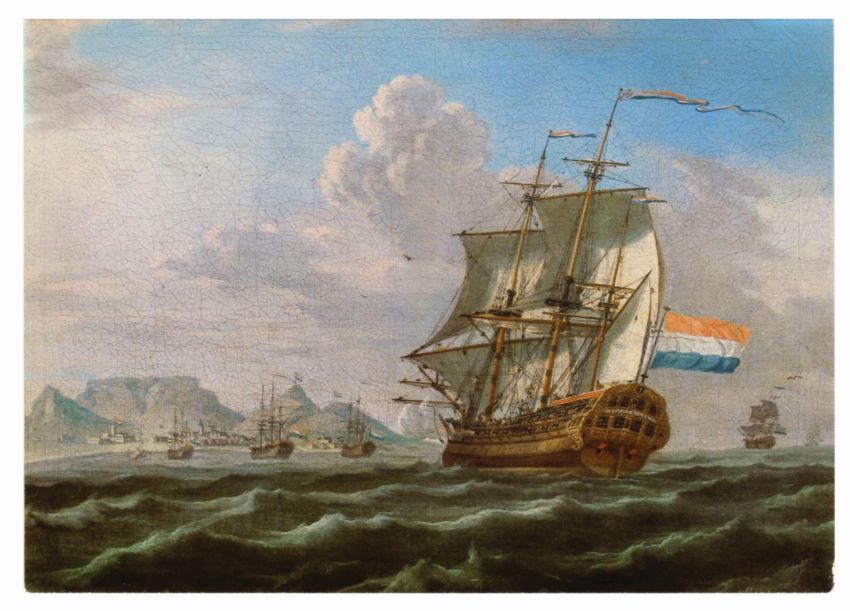 The Dutch East India Company had been granted a monopoly for twenty-one years of the Dutch trade between the Cape of Good Hope and the Strait of Magellan, as well as the authority to build fortresses, stipulate treaties and wage war. The Breda treaty of 1667 established the existence of a Dutch Eastern colonial empire consisting of a series of fortified commercial bases from the Cape of Good Hope in Timor, passing through the Persian port of Bandar Abbas. The situation of absolute monopoly that the Company enjoyed in the trade of some products, allowed the stakeholders to make very high profits. 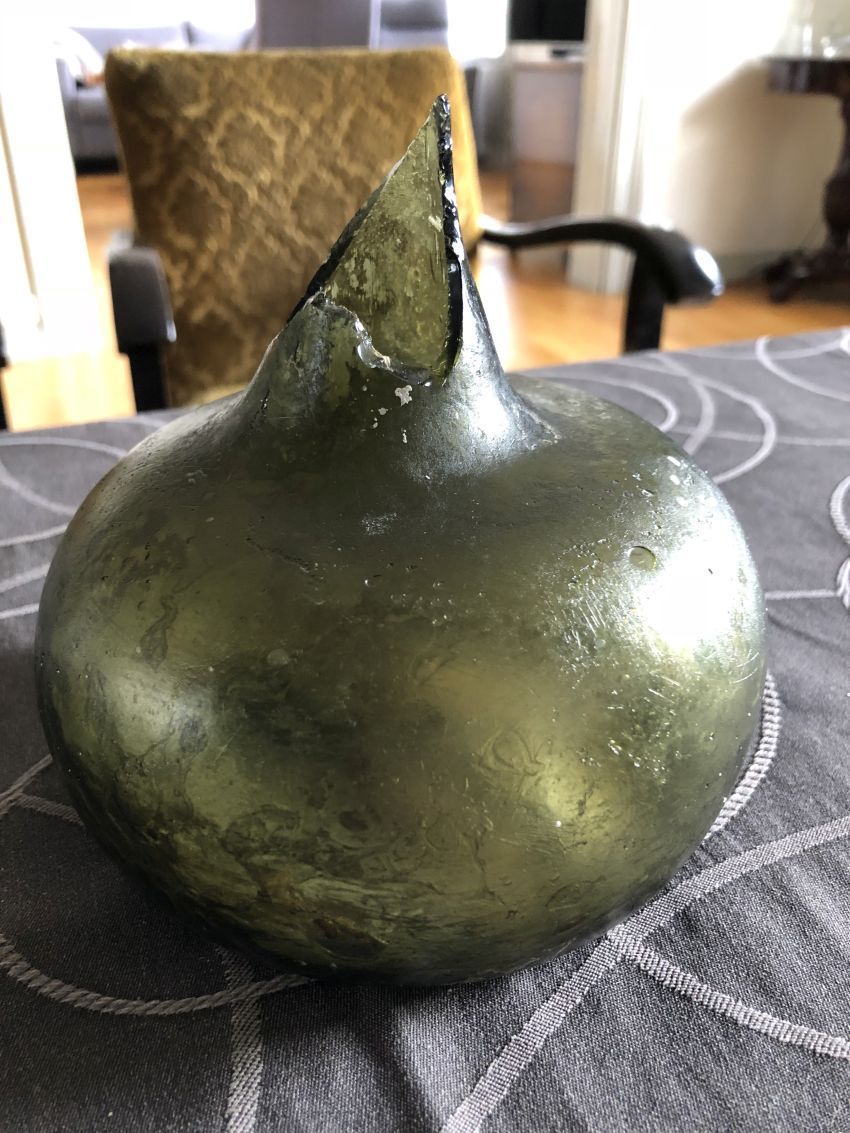 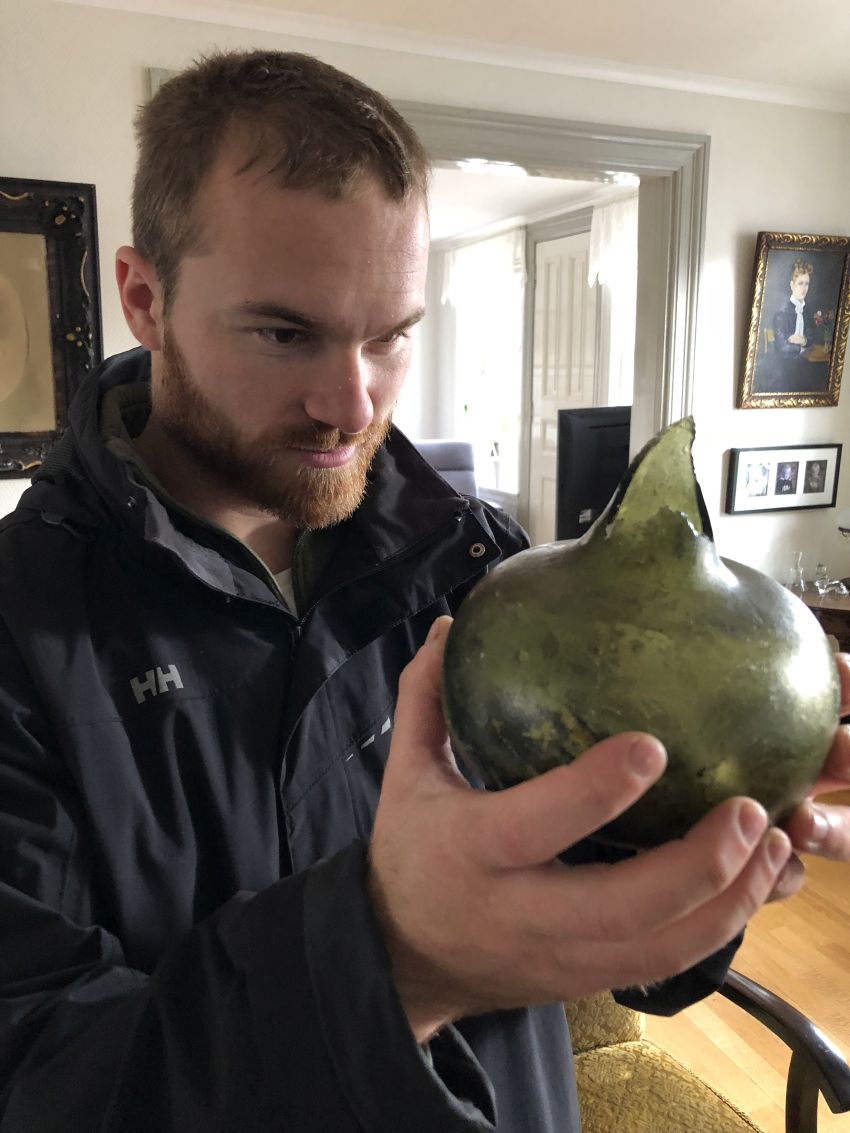 But let’s get back to the research.
The PSAI Explorer Team returns again to Norway in search of a vessel belonging to the Dutch East India Company, off the island of Hydra in the south of Norway.
This time, however, the team is divided; Leonardo and Maurizio went to Amsterdam to the naval register to look for historical information, while Oscar, Federico, and Glenn began to make diving researches based and supported on tales of local elders on this legendary 1776 vessel belonging to the VOC and supported by the local diving center, the Flekke fjord Dykker Klubb. The local inhabitants, in fact, are reporting about the vessel’s existence, telling about finds and ceramics found in fishing nets, but it is difficult to determine a precise geographical point to start the research as the indications are very vague, but above all, the research area is adjacent to a cliff always beaten by strong winds and high waves that crash. Here, therefore, that Oscar, Federico, and Glenn interpreting the nautical chart, look for an access point to get into the underwater research spot where it is more plausible that the currents might have transported a vessel adrift. Unfortunately, on that day, the weather conditions were tough and hostile. Following a long consultation, Glenn and Federico, experts of the area, decided to moor the boat in a sheltered inlet using anchors and tie rods. 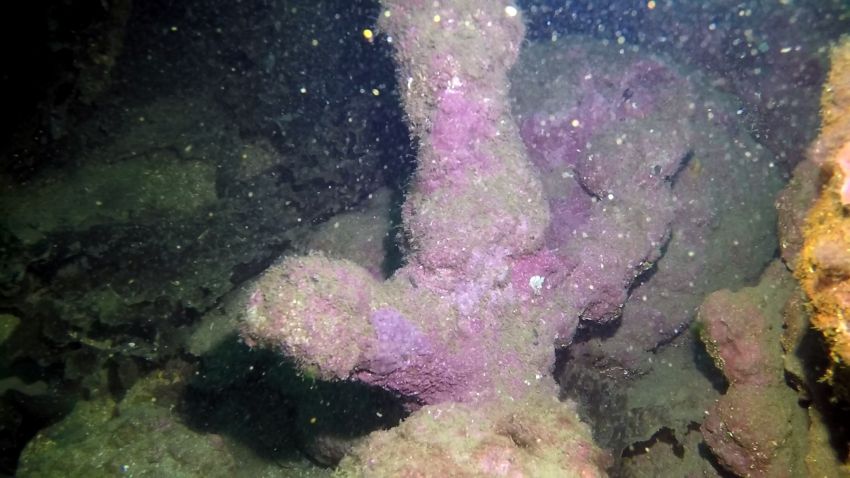 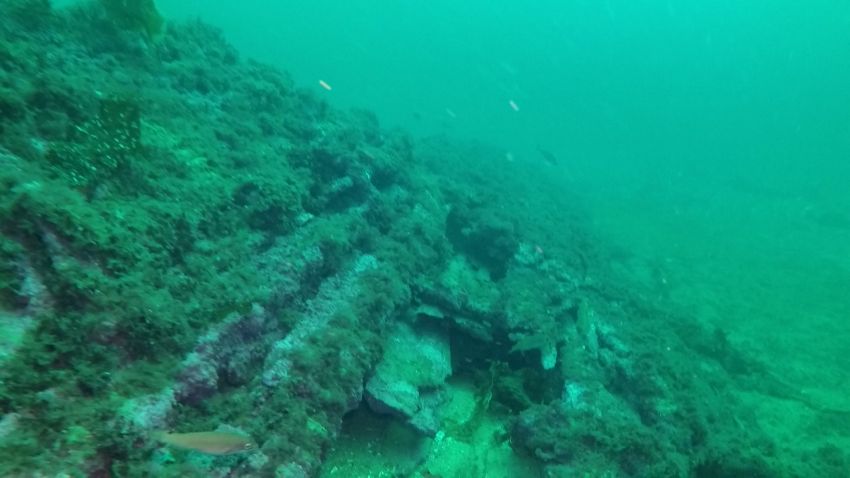 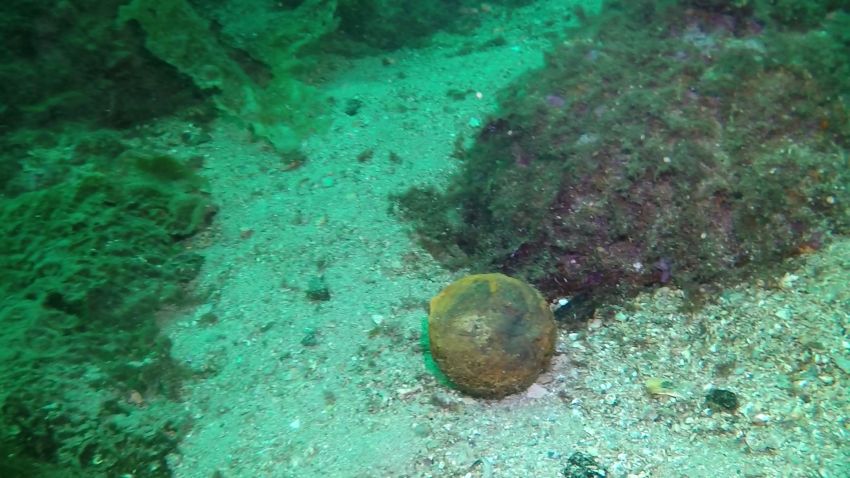 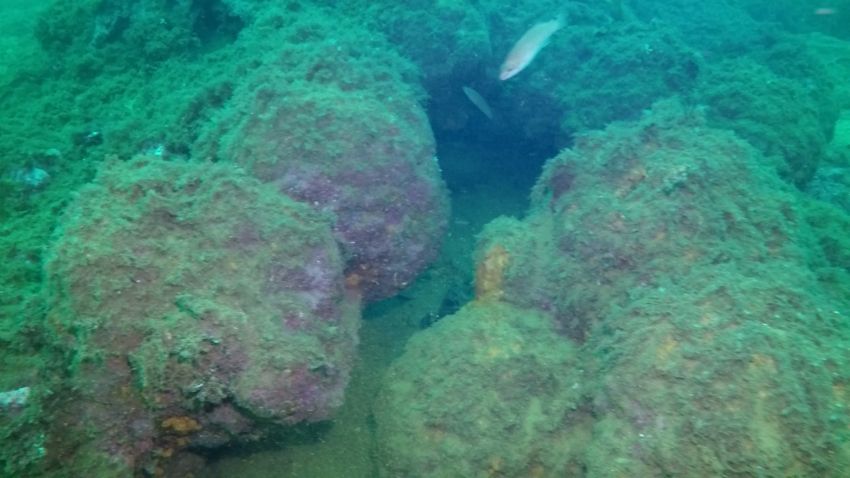 Once docked and prepared for the dive, after several minutes of searching and finning, the shape of the remains of the vessel supposedly belonged to the VOC company stands in front of the divers. With the emotion of kids but the needed calm to handle ancient finds four centuries hold, the sand is removed from some cannonball and some hand grenades, and then cannons emerge, but unfortunately, the runtime has arrived already at the planned end and the Team is forced to go back to the surface. Once on the boat back to Flekke fjord, Oscar Federico and Glenn took stock of the situation by contacting Maurizio and Leonardo in Amsterdam, that reported a interesting history.

VOC’s Dutch ships embarked on the eastward route through Scandinavia to avoid the pirate vessels boarding the seas to the West of Netherlands. The problem was that by extending the route to the North, with the hope of then descending into the Atlantic, the vessels often became prey to the currents of the Gulf that led them to stumble on the rocks of the impervious Norwegian water, such as the island of Hydra and his many treasures can prove. These vessels carried plaster pipes, coffee, tobacco, and porcelain, as well as spices and other treasures, which were traded in the Indies.

The news communicated by Leonardo and Maurizio, seem to fit with many of the indications that the trio found on the spot, but Leonardo also tells that many documents have been lost over time, and to go back to the name of the vessels is almost impossible. The day after Oscar, along with Glenn and Federico, despite the weather was still adverse as usual in the Arctic autumn, went back to the area of underwater research. During the dive, we begin to see remains of the cargo, pieces of porcelain, portions of pipes four centuries hold, and some remains of the vessel, but no finding that allows us to trace the name of the vessel. Very tired by days with rough seas and cold and pungent air, the trio communicates all the detected findings to the friends Leonardo and Maurizio in the Netherlands who were waiting impatiently for news. 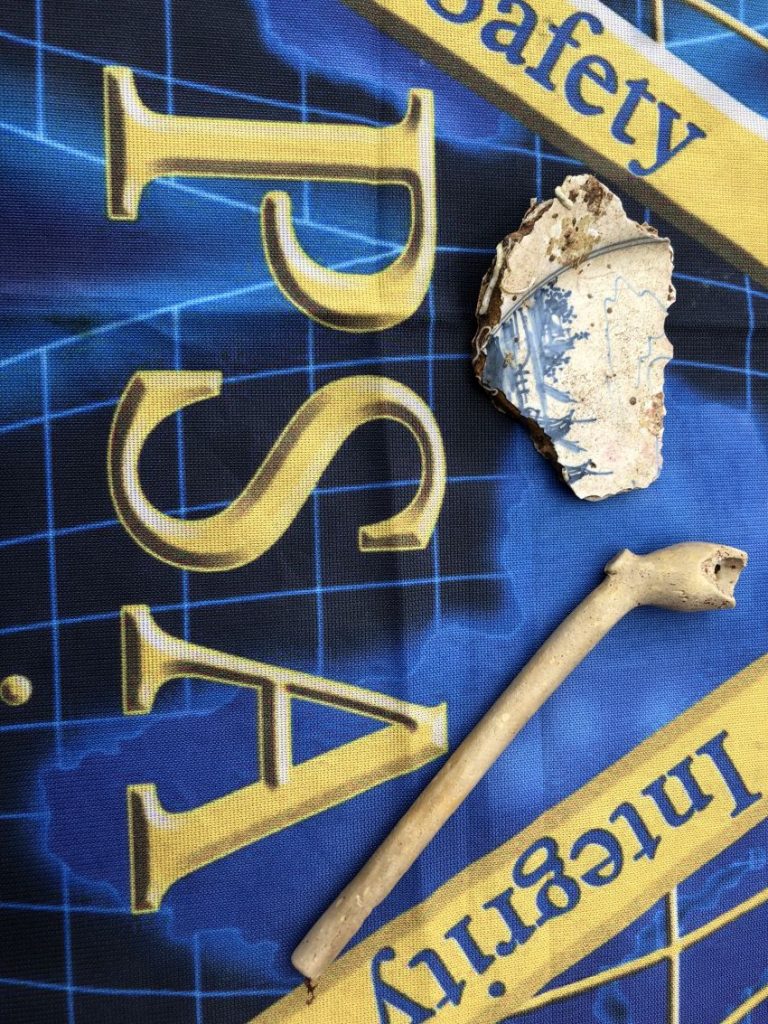 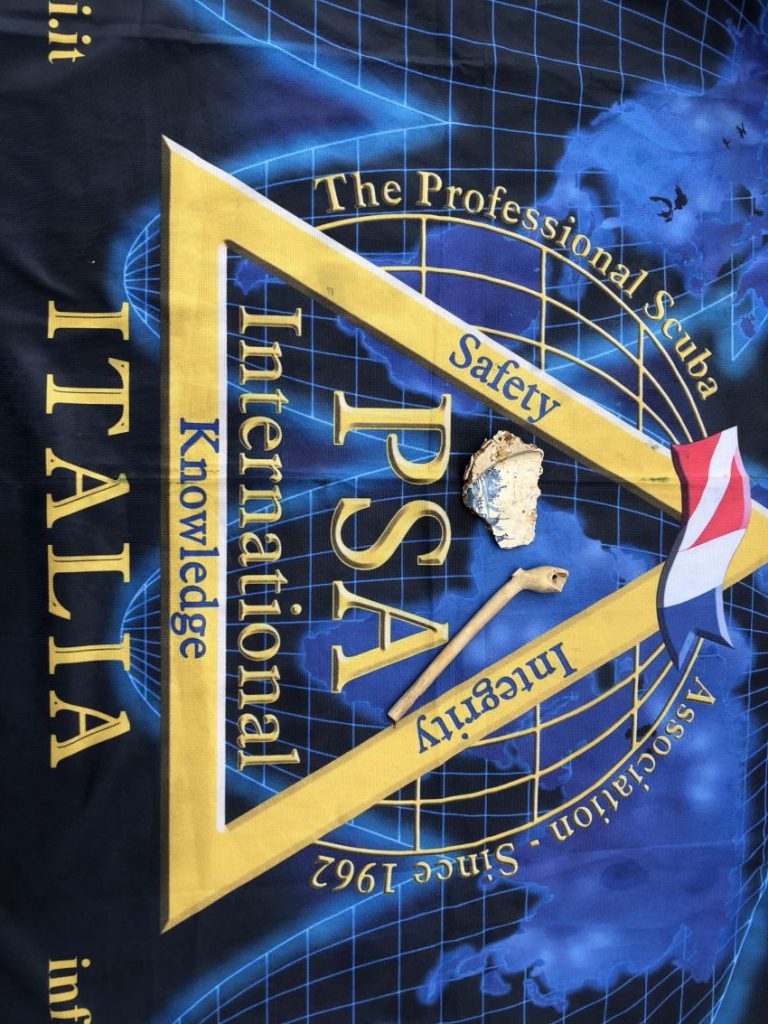 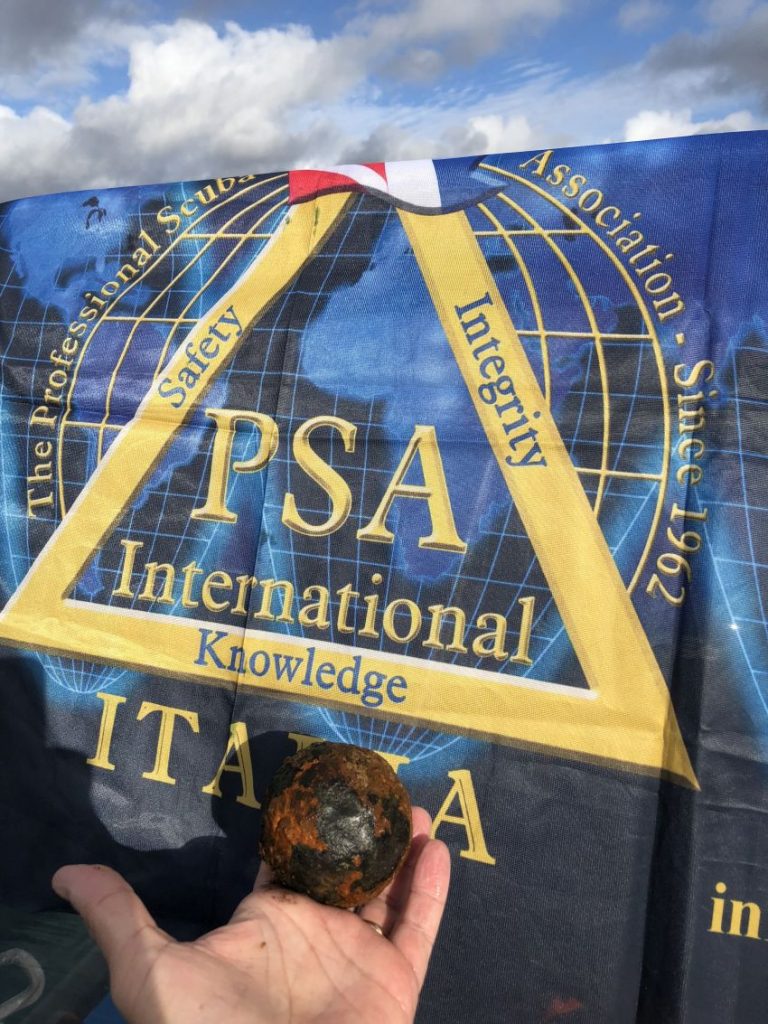 It was a great adventure for all members of the PSAI Team Explorer.
In the name of the whole PSAI Team Explorer we would like to thank the Flekkefjord friends Dykker Klubb, in particular Glenn Ommundsen Olsen, for their great support in the recovery of information and in the logistics that have allowed us to transform our passion for exploration and desire for knowledge in a new and unforgettable PSAI expedition.

The PSAI ITALIA Team Explorer shipping to Norway 2018 Route to the East is composed of:

Oscar Lodi Rizzini: Trainer Technical and recreational PSAI Instructor, an expert in underwater photography and video, the nose of the group who, from the roughness of the backdrop, can always find something, back from numerous expeditions;

Egidio Roncon: PSAI Technical Instructor specialized in expeditions and explorations, back from many adventures with Oscar, he is our expert in language support and field research;

Special thanks to PSAI Instructor Glenn Ommundsen Olsen and friends of Flekkefjord Dykker Klubb for their fundamental support during our stay in Norway. 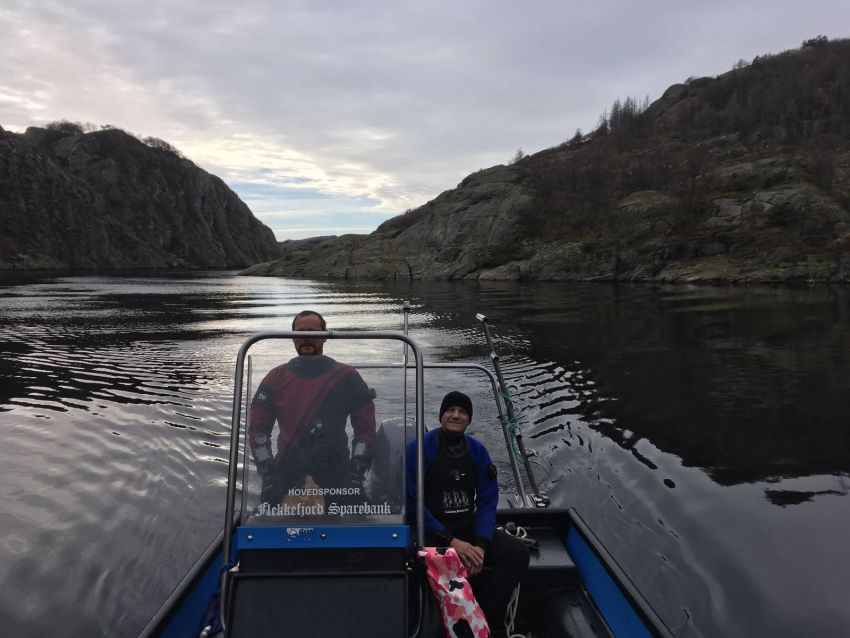 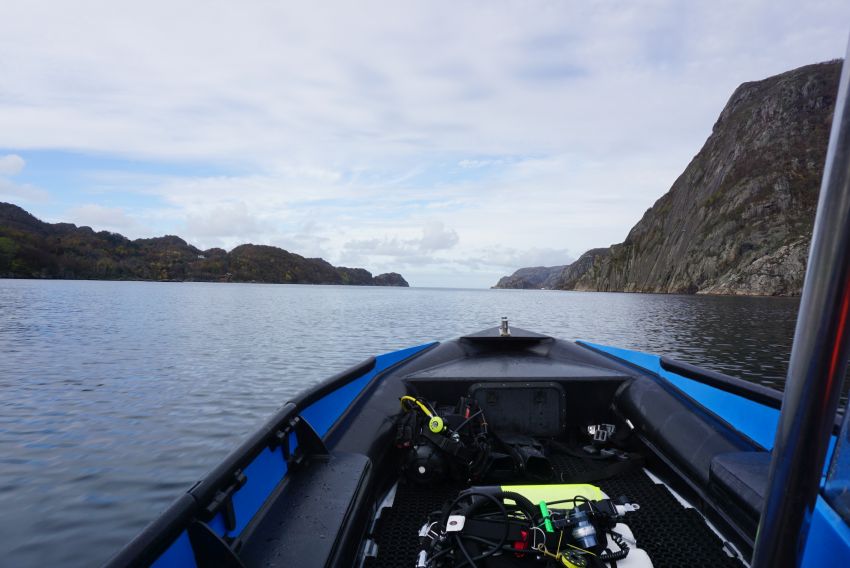 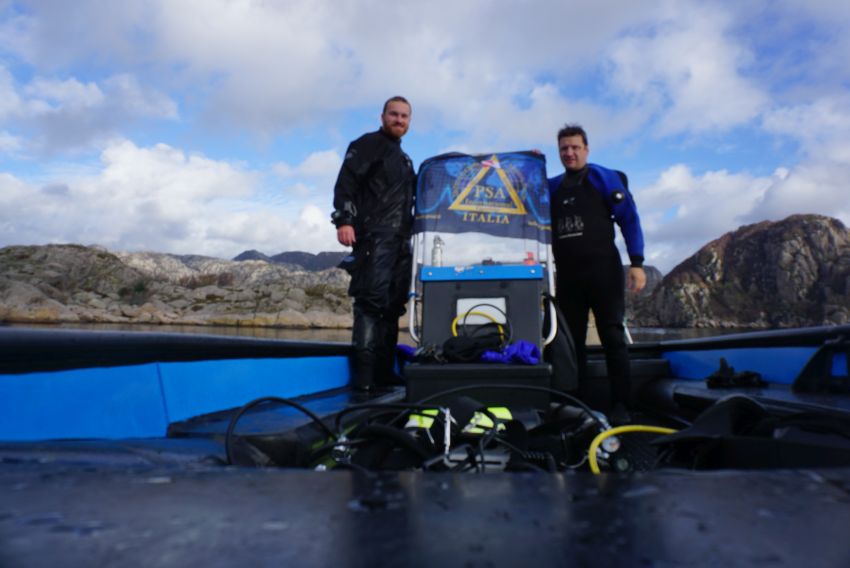