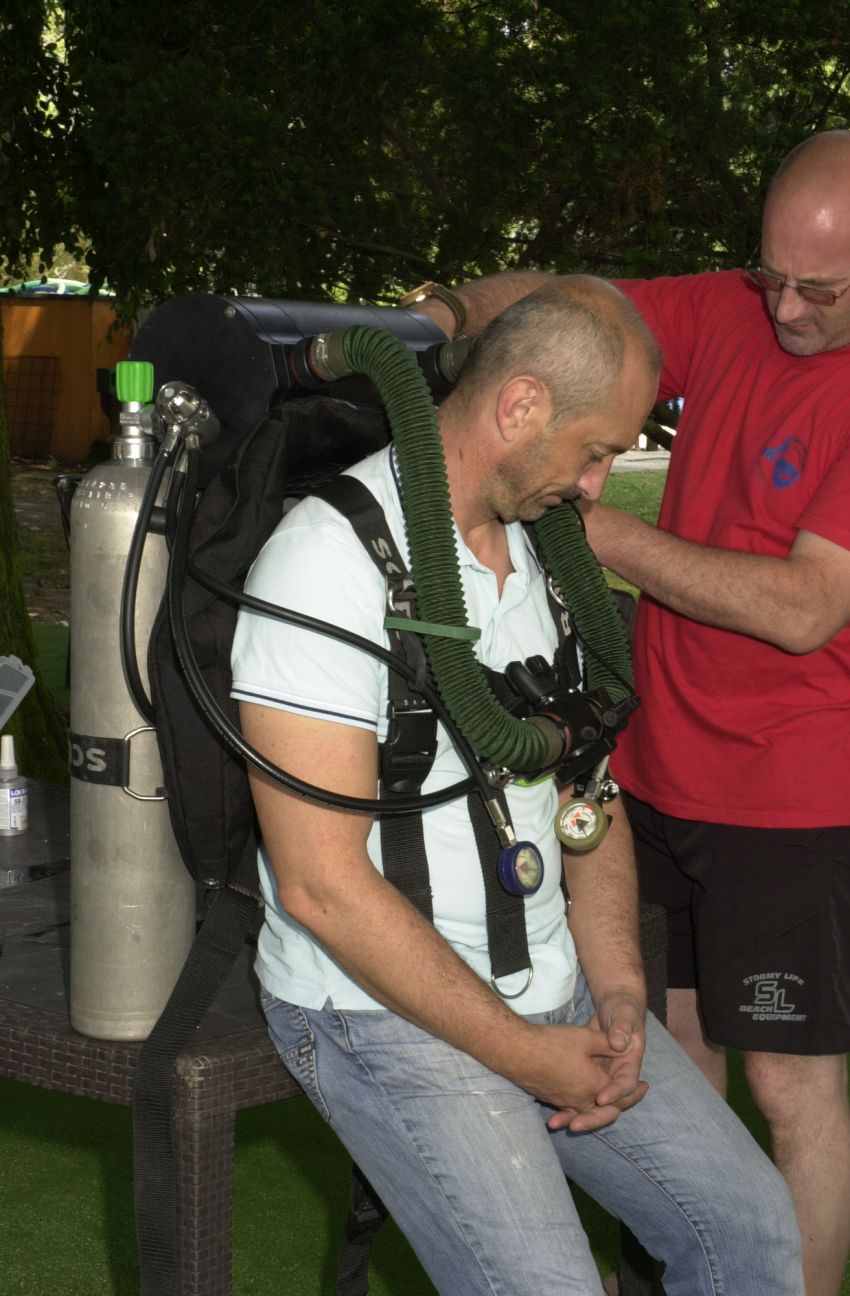 In 2008 the project was born of the rebreather MIREB MK1. During the course of these years the company S.a.r.a. srl has evaluated the use of breathing apparatus in diving work, sporting military and civilian and caving. After careful research project was started MIREB MK1 “Milan rebreather”. The main feature of this apparatus is to adapt to any type of dive, not only as an external configuration on the machine as well as operation: active SCR, passive SCR, mechanical CCR, Electronic CCR. Therefore, a rebreather from the "DNA" hybrid that can satisfy every type of dive. The MIREB MK1 has then all the operations and 4 referred to simply changing the simply pieces. The rebreather is CE certified by RINA. The functioning are:

SCR passive, Its simplicity is linked to the fact of recycle of ready-mix gas mixtures and have a fixed ratio of the gas ejection. Once a collapsed lung / breathing bag against the system are operated the levers of the second stage regulators that restore the oxygen value lost in the metabolic consumption of breathing gas. This type of operation guarantees a good safety to the operator as having an almost constant reduction of oxygen in the mixture, does not need to have an electronic or mechanical system for the addition of oxygen but only for monitoring de compression. Its operation is very simple and completely mechanical. This is only rebreather Passive SCR certificate CE in the world

SCR active This type of apparatus as for his cousin passive SCR also arises for the operator's inability equipped with breathing apparatus in oxygen to dive to the deepest dimensions. Unlike the passive system said CONSTANT MASS the active system is said VARIABLE MASS this indicates that the operating system is similar to that the rebreather to oxygen where there is a constant flow of gas. The mixture is continuously injected by a dispenser or a sonic nozzle adjusted or calibrated according to the percentage of oxygen present in the mixture known directly to the breathing bag. The expiratory gas is purified by Co2 as in previous devices through the passage in the filter. The purified gas is inhaled while keeping the value of oxygen necessary to our metabolic consumption, via constant addition of gas from part of the doser or sonic nozzle.

CCR Mechanical The operation of these devices is similar to that of the closed-circuit oxygen. An adjustable dosing device connected to the oxygen in the pressure vessel provides the operator with the metabolic flow necessary to sustain life. The operator using special tables for oxygen consumption, regulate the flow metering device that enters the car respirator. Some of these dispensers are equipped with dual power supply to accommodate emergency receptacles and bypass in case of malfunction. At another point the rebreather is placed the entrance of the THINNER background gas.

CCR Electronic The operation it is similar to the mCCR with the difference that the addition of oxygen and DILUENT background gas may be released into the respiratory circuit via software control. The oxygen sensors placed on the inspiratory flow signal to the software system, present in the monitor, the percentage of oxygen in the breathing bag. Via a solenoid valve the electronic system will restore the values ​​set by the operator on the monitor before performing the dive. The THINNER background gas will be added by ADV system or bypass the operator. Some devices have an electronic control even on THINNER. At this point the gas inside the circuit resumes the path as in the other respiratory drive: corrugated pipe expiratory filter bag lung inspiratory corrugated tube, to be then again inspired and mixed.