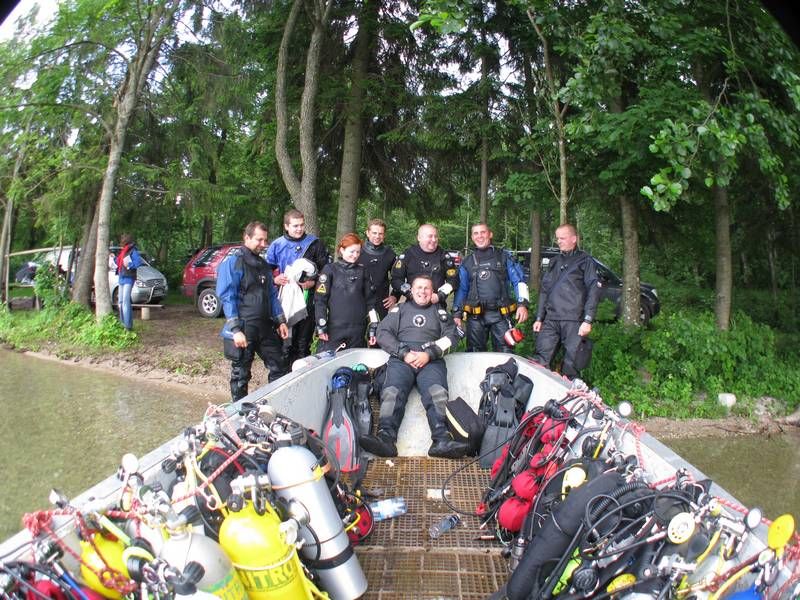 On the 7th of July PSAI Poland has organized a 7 day trip to the Hancza Lake in Poland, the purpose of the course was conducting training and instructor training dives for the levels: Expedition Trimix Diver PSAI- 75m and Explorer Trimix Diver PSAI- 100m as well as finishing the Open Water Sport Diver Instructor course.

The first day was devoted to organize and plan out the whole program of training and to conduct two shallow dives in full configuration of the technical dives. The purpose was to eliminate the potential problems with the equipment. The next two days we conducted air dives from 40m to 55m deep, using one and two decompression gases and at the same time conducting skills from the standard Extended Range Nitrox and Trimix PSAI courses. At the end of the third day we begun planning the Trimix dives, we discussed the place of the dives and we chose the most optimum gases for our next dives for 75m to 100m. The next morning after analyzing the gases that we have ordered the day before we begun to plan the dives to 75m. Around noon we took a boat to the other side of the Hancza Lake diving to our planned depth- 75m. The whole dive took around an hour without any problems. After returning to the base „Submariner” owned by Robert Kalchert from which we have started of and mixed all of our gases, we begun to plan the next day of diving, that was supposed to include one dive next to the line in the deepest place of the lake- 100m. After ordering the gases that we chose everyone went to plan the dive, gas management and discuss the rest of the aspects regarding the next dive. The whole submergence was effected by the time at which we were going to find the right depth and setting up the lines next to which we would dive. After the complete preparation of the diving plan around noon we went to the marked place. Because of a big number of people that were descending to 100m (seven people) we decided to submerge next to two lines that were parallel to each other in two groups. The whole dive, just like the others was conducted successfully. The support crew in the water as well as on the boat really brought a lot of comfort to the dive. Because of the lack of any sort of attractions on the bottom of the lake and adding the temperature of the water the bottom time of the dive was only 3 minutes shortening the dive to around 80 minutes.

That is how in the first two days of our stay Magdalena Rozmus has successfully finished her first Instructor course and at the same time became the first Open Water Sport Diving woman Instructor in Poland, of which we are very happy and proud. Artur Mikolajewski has finished his crossover to PSAI and for now is one of our Basic Nitrox Instructor PSAI. From the 8th of July in the Trimix course took part: Magdalena Rozmus, Marek Orlowski who with a positive score have finished the Explorer Trimix Diver PSAI- 100m course. Artur Mikolajewski because of work couldn’t be part of the final dive to 100m ending at level Expedition Trimix Diver PSAI- 75m. The course was ran by: Wojciech Tuchlinski and Robert Kalchert, who also was our great gas blender. They were all supervised by Robert Jablonski Trimix PSAI IT, who certified them after the end of the course for PSAI Explorer Trimix Instructor- 100m. In those dives, three divers were assisting to the Instructor course: Artur Ksycki- PSAI Instructor and the person who filmed the dive, Artur Rosolowski- a very experienced technical who decided to join our federation and Adrian Zywiolek- Divemaster who took the role of support on the decompression depths. We would also like to give special thanks to Marta Korzec- the person who helped us and was the support crew on the boat in spite of the Bad conditions and Piotr Lastowski- land support, Seweryn Surmi, Szymon Wicherski and Bartek Cenkerow that helped to unload all of the very heavy equipment from the boat after the dives. 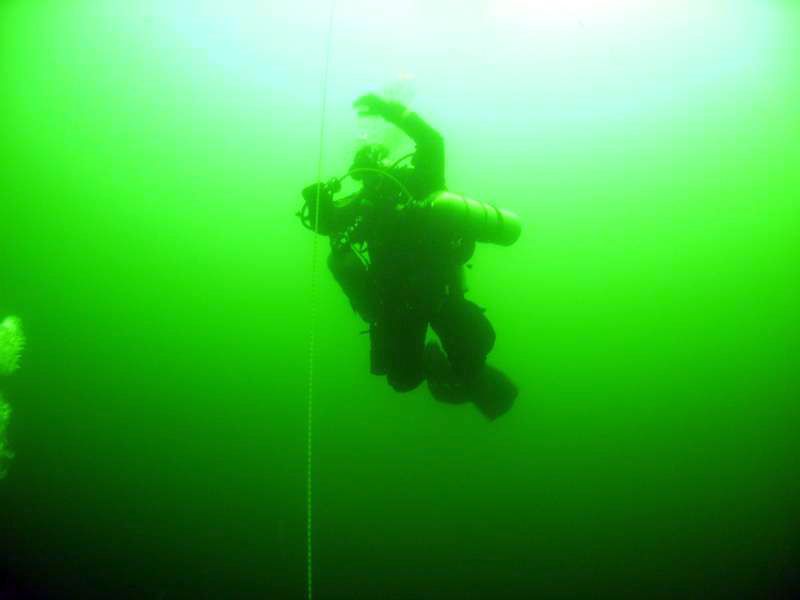 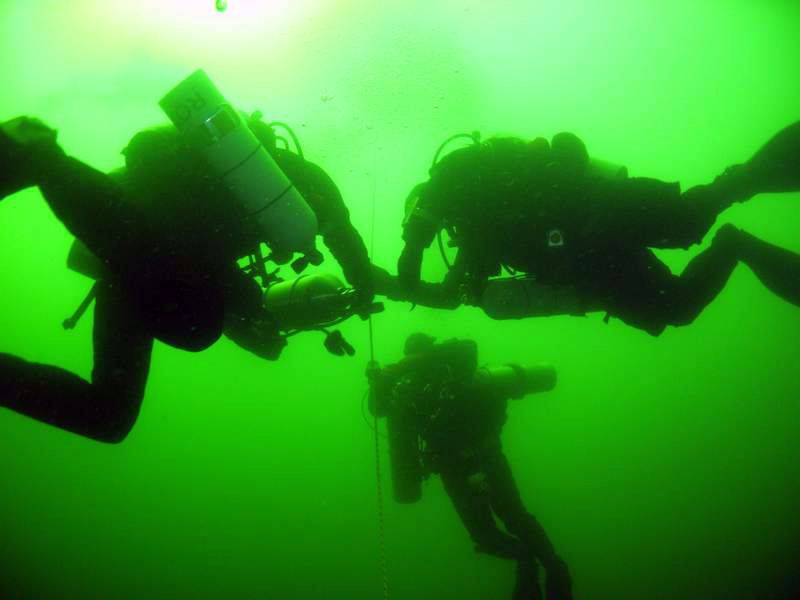 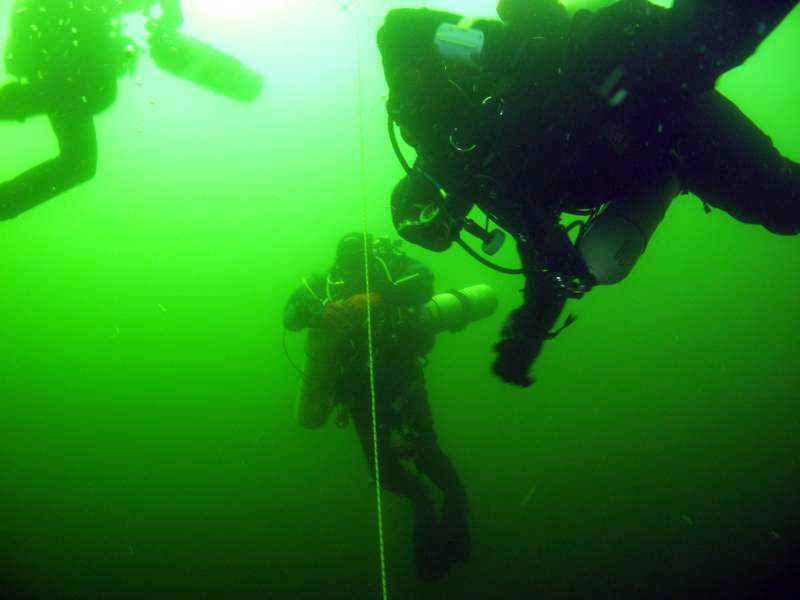