The Aquatic Science Association (ASA) held its first annual awards ceremony on Saturday January 19, 2013 in Marianna, Florida. The ceremony was attended by well over 200 people many cave divers and citizens were there to honor their hometown hero. ASA introduced and awarded the Edd Sorenson Outstanding Achievement award to Edd Sorenson for his brave and heroic efforts that saved the lives of four divers in 2012 along with his many contributions to the sport of cave diving. This award will be given each year to the person who exhibits those traits that demonstrate outstanding achievements in the field of conservation, cave diving and community service. Also awarded were Frank Gonzalez and Jay Phelps of Cave Adventurers dive shop which is owned by Sorenson for their management and contributions in aiding Sorenson in his efforts. 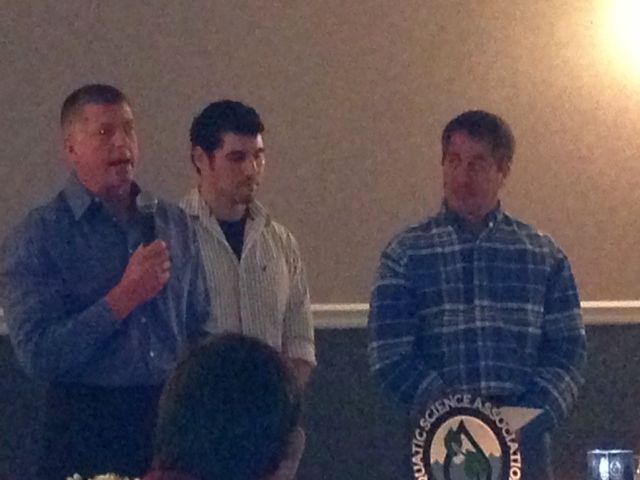 Edd receiving an award from the Jackson County Sheriff 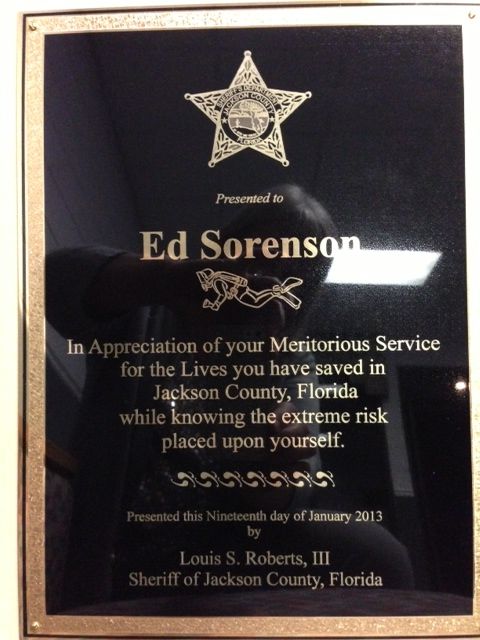 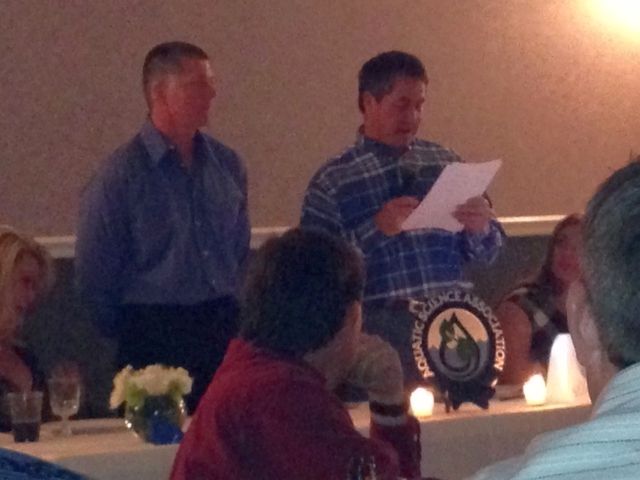 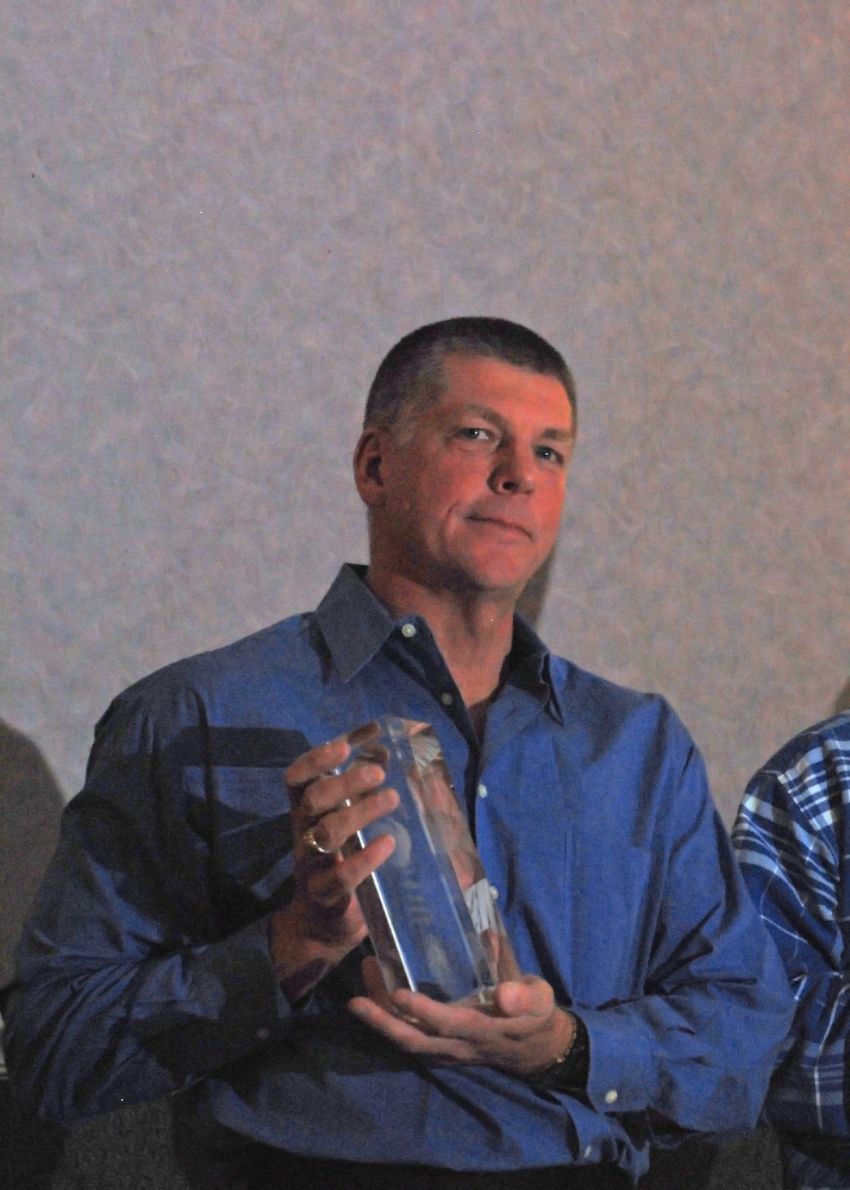 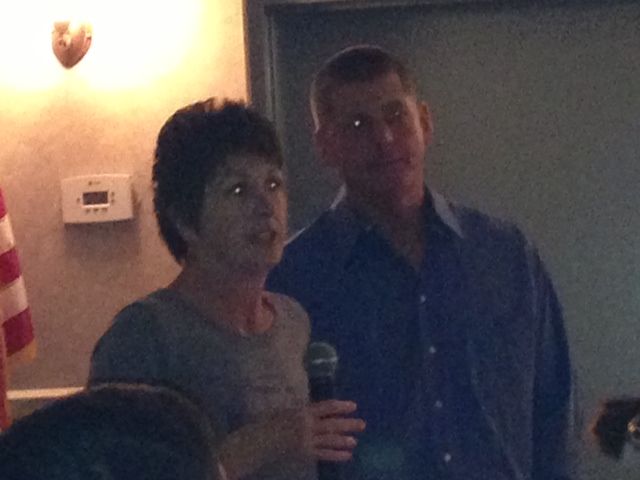 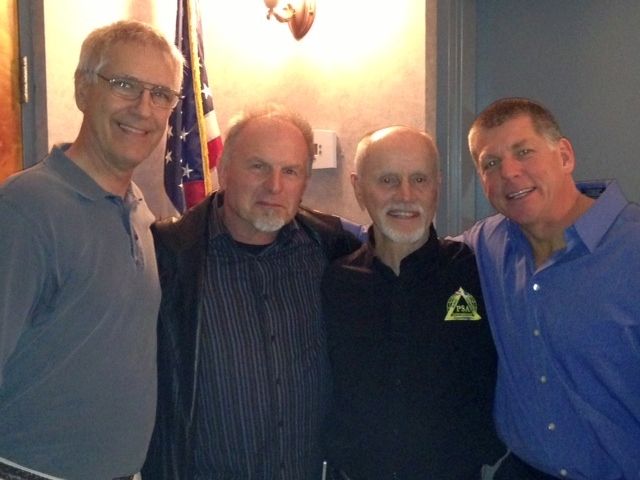